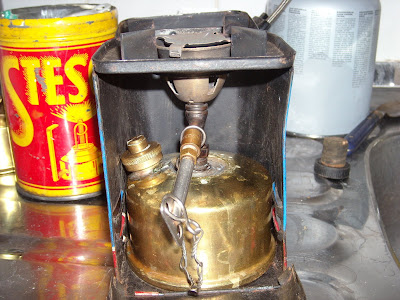 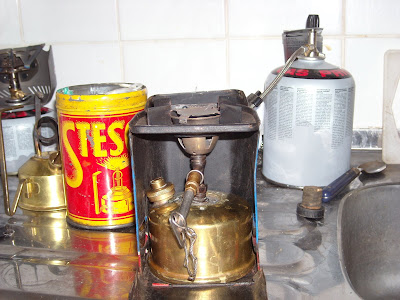 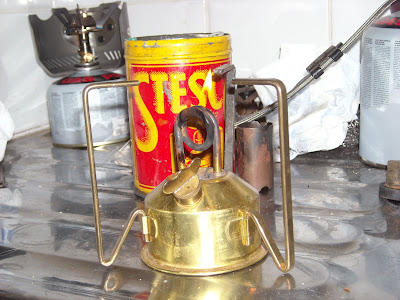 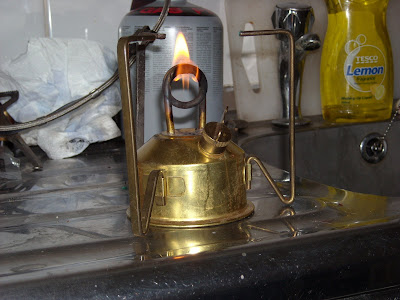 With medical problems, hospital appointments etc, time on the hill has been a little bit absent. Thus out of sheer boredom I have been rummaging through kit, sorting out, cleaning and ear marking a couple of bits to pass on to some lucky person.
One of the odd bits of my variety of kit are a couple of antique stoves. Petrol ones, the Optimus one third of a pint jobby is an old favourite. Ok, I know I am showing my age but at one time small petrol and paraffin stoves where de rigour for all serious hill going folk. The paraffin stoves needed priming, the fuel got everywhere and stank and could be a faff. The upside was that they where safe to use; or at least, safer, they did flare up and singed eyebrows at least where not too uncommon The petrol, at least the Optimus models, where a lot simpler to use, fill the tank, open the valve and after a few splutters the beast began to roar. petrol is a volatile liquid though, although I never had any problems stories abounded of folk who had stoves blow up. Getting fuel could be interesting. Nowadays it may prove difficult to walk in to a garage and buy a pint of petrol. However, at one time it was quite normal and I have done it a few times. The other stove is an oddity and not something I have used much. It goes by the name of Stesco, (no, not Tesco,) it is an American make and is another petrol burner. Anyway, I have had them out on the draining board and fired them both up and they still work just as efficiently as ever. Maybe I will start collecting a few of these beasts; as it is, I am thinking of adding a paraffin one to the collection. Anyone out there who has any old stoves, I would be interested.
Posted by Dawn at Wednesday, May 06, 2009 8 comments: Links to this post