A few days of not a lot 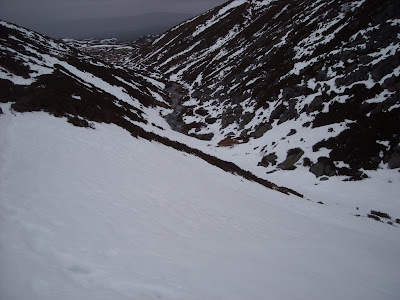 heading in to the Lairig Ghru 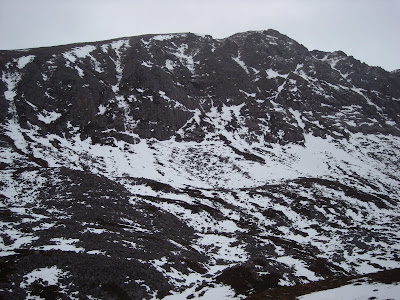 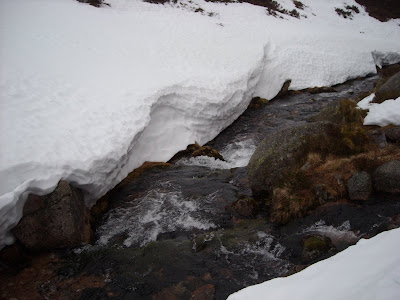 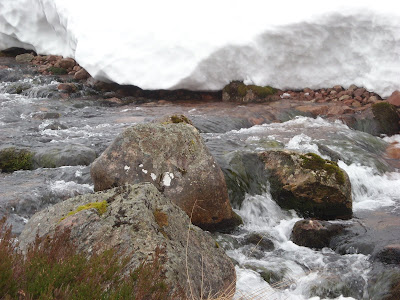 Heading up toward the Lairig Ghru 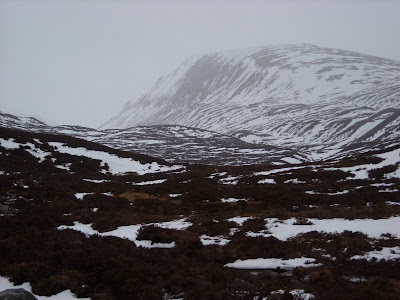 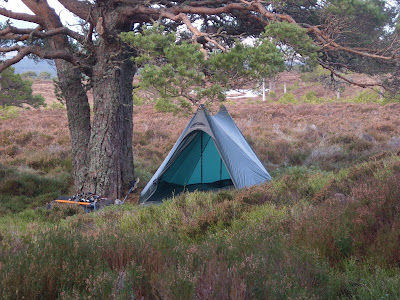 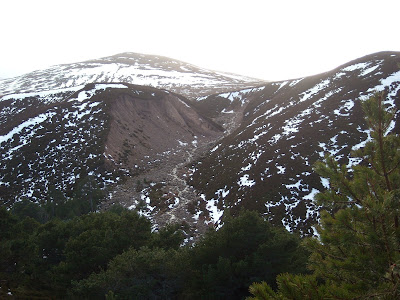 looking up the lairig path cairngorms 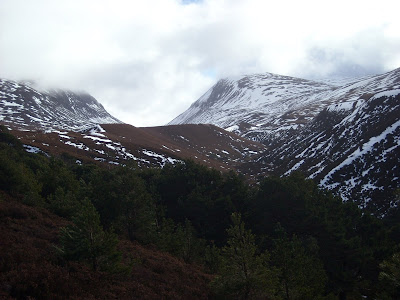 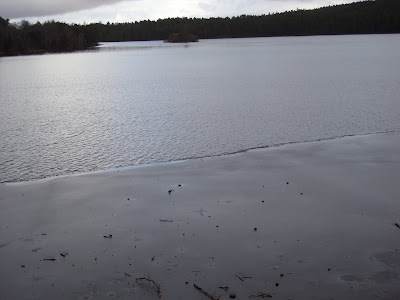 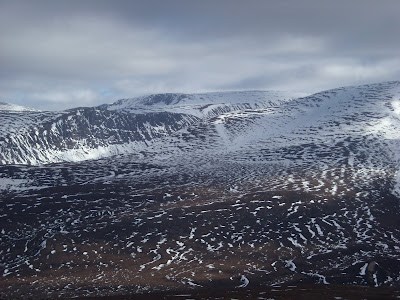 looking down at Gleann Enich, Cairngorms 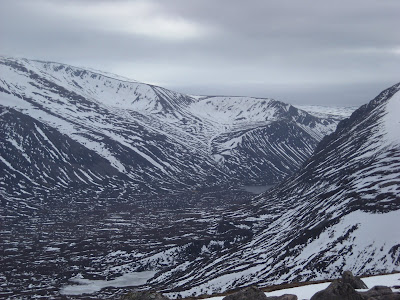 Looking at the latest copy of TGO I noticed that a small publishing company were seeking submissions of literary non fiction. In particular they required work relating to the relationship between people and the wild places of Britain. Looked at the article, considered it, placed it to one side and thought some more about it. In all honesty I thought it was a bit pretentious, me, being an author? However, it kept niggling away in the back of my mind and so finally I began work. My spell check and I exchanged many cross words, it does not recognise Gaelic, or at least anglicised, Gaelic, place names. It took some coaxing for it to include such words as bothy and lochan in to its dictionary. Maps flew in all directions as I cherry picked pieces from my blogs and from notes. Correct spelling of place names is essential, thus much time cross checking on various maps. After a few days of typing and polishing up my work, the required manuscript of just over seven thousand words was submitted last night. An e mail this morning has confirmed the work has been received. Now I have to wait until April before I receive any further news.
My other dilemma is my attempts at getting away for another trip. Currently snow conditions in Scotland are excellent.However, my first choice was a bit of a logistical nightmare. My second choice became a no go after that wonderful Scottish source of information aka Duncan, informed the way out of Aberdeen toward Braemar was almost impassible. The third choice was Aviemore; not my favourite area, however it was easier for access. My main problem after that was the thought of the twelve hour coach journey each way. I baulked at the idea of it. The journey itself is bad enough, on a more personal level, being cramped in next a total stranger is an ordeal for me.Tentatively I looked at the night sleeper. Feasible and with the added bonus of arriving in Aviemore not long after 7 am. The cost was scary at £124, it would blow my budget to smithereens. Despite that it looked the better option. That was until I studied the journey information a tad closer. All they where offering was a reclining seat, not even a bunk for the night. In desperation I am now going to check out flights. This poses new problems, in the form of stoves. Airlines have strict policies over them. All this makes me one desperate bunny, all that lovely weather out there and I am confined in london.
Posted by Dawn at Wednesday, February 11, 2009 7 comments: Links to this post

It snowed most of last night here in London and is still snowing now. Fantasmagorical. The one problem is that I am stuck here in London. Currently public transport is at a standstill. Few roads gritted, no pavements gritted, at least in my area. This despite the fact that the met office have been warning of heavy snow conditions since last week. Have been ill, (again) and am itching just to get out and stretch my legs. The doctor is arranging for me to see an ologist of some sort. Hopefully, if public transport is running? I may be able to nip down to the New Forest for at least an overnight stay. For just one night I shall take the minimum and bivi. Hopefully the snow may linger for a few days yet? John, please keep me posted.
Posted by Dawn at Monday, February 02, 2009 5 comments: Links to this post