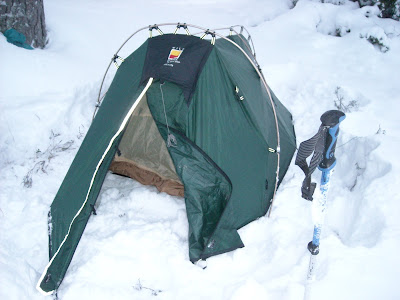 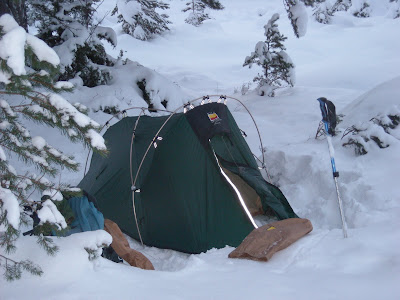 My attempt to get away over the Christmas period had been thwarted by inclement weather; National express had been apologetic but the A9 being blocked by snow and ice had meant service cancellations. Finally, in the first week of January, I managed to get away; once more heading north towards Aviemore. This was the first time in two years that I had packed my full winter kit and I was excited at the prospect of some decent winter weather. However, on the run up I was experiencing problems. For the last couple of years I have been experiencing an on going bladder problem; despite two operations things have still not been resolved and I have to yet again go back to see the surgeon. Travelling overnight on the coach I made several trips to the loo and was a tad concerned. In Aviemore I made sure I drank fluids before heading out, as per usual I really did not feel like eating, just managing a bun out of necessity. The weather was amazing, Aviemore was snow bound with over a foot of snow, great banks of snow on each side of the road which had been cleared by snowplough; pavements, forget it, it was a case of legging it down the road and jumping in to the snow bank when traffic approached. Normally I have a quite regular route when heading through the Rothiemurchas; this time though I had no option but to follow a more circuitous route. Had a look at one path, or at least where the path would have been; I could see where deer had been floundering around belly deep, tentatively tried it but with snow over three foot deep in places it was no go. It was an awesome walk through the forest; a clear sky overhead with a pale, late afternoon sun, deep snow blanketing everything and not a breath of wind meant a cathedral like hush to everything, silence utter silence, wonderful. What would normally take me a couple of hours to walk took more than twice as long. That is normal in the depths of winter; everything takes that much longer. Stopping a few times for the loo did not help matters; not easy in sub zero temperatures and wearing salopettes over my paramo trousers.It was obvious I was not going to make much distance and with time getting on and temperatures dropping, I stopped before I even made the Rothiemurchas bridge. Setting up camp in deep snow can be interesting, a flat area has to stamped down to allow a level area for the tent; by the time I got that sorted, got the tent up and some blocks of snow ready to melt for a drink, my baby thermometer was reading almost minus ten. Thermarests do not work well on ice and I find it essential to pack spare jackets and so on under the sleeping bag for insulation. My hopes that drinking plenty of fluids may have eased the bladder problem, it sounds an anomaly but lack of fluids actually acerbate the situation. Unfortunately it was not to be, the whole night was spent in and out of the tent, the problem was heightened by the fact that I was getting severe cramp each time I tried to get dressed and ram my feet in to half frozen boots. Often I ended bare footed and just dressed in a pair of thermal bottoms that I use as pyjamas in cold weather; each time meant a return to the sleeping back and trying to rearrange my insulation layers while shivering violently. Temperatures by early morning where hitting minus twenty three on average and I was getting numb, somewhere I had stepped beyond the shivering stage to the early stages of hypothermia. Dug the gas cylinder out of the sleeping bag and started melting snow to get some hot fluids down me. My first inclination was to pack up and move on, get thawed out, set up camp and rest up a bit. However, I was having difficulty co ordinating as I packed up and it was soon obvious I had little choice but to head out. That was a bitter pill to swallow. A couple of cross country skiers that I met on the way back where very concerned because they thought I was a tad wobbly and suggested calling the mrt; however I felt I was in control of things and assured them night was okay. Once back in Aviemore it was a case of a bus to Inverness and fortunately the ticket office there very kindly changed my ticket to allow me to travel that same night. To be honest I am worried, my winter trips have always been special and I love getting away but if this problem is not sorted, well, life is going to be difficult
Posted by Dawn at Monday, January 11, 2010 3 comments: Links to this post