A windswept Rachel, glad to find a trig point where it should be. The rope was for the dog, (honest!) 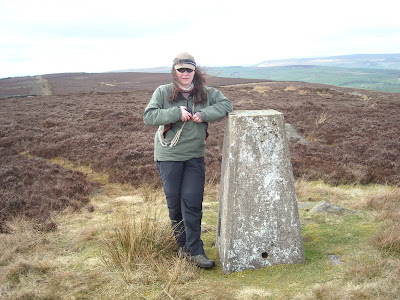 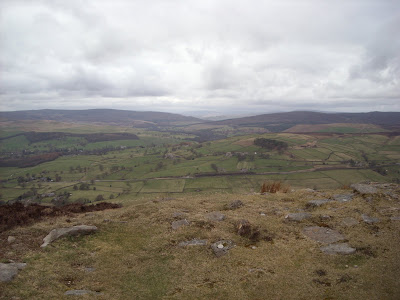 Hobo stove with brew on, Rachel will be making a 'proper' fire to cook on, the camouflage sheet is a poncho over the kitchen area 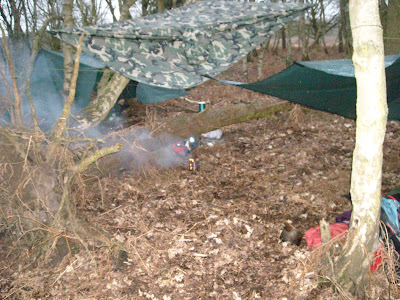 Rachel having fun with her lines 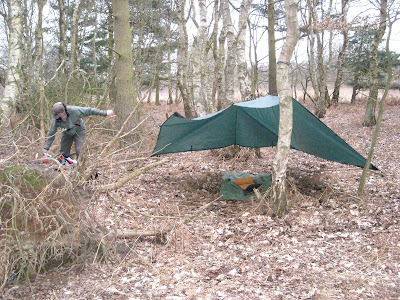 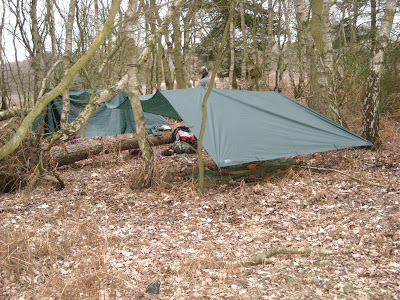