There are times when I loath being stuck in the city. A city person I am not. A bothy on the hill would be better. A hospital appointment next week means me being hooked up to a mobile E.C.G. monitor for twenty four hours!!
Prowling restlessly around the flat, I am sorting gear. With winter not being too far away I need to start assessing my winter stuff. The larger tent is taken down from the cupboard and checked over. It is good to go and probably will be used on the next trip. My sleeping bag needs replacing or cleaned and upgraded. Darned expensive either way. A major outlay for me.
The group Genticorum is playing the background. Oh my, they are not good for one, such joyful, lively music, they would have one dancing around the kitchen table. Feet begin to twitch and there is an urge to dance.
On the draining board is one of my stoves. A heavier liquid fuel beasty. Not so good for backpacking but ideal for a fixed winter camp. It certainly chucks out an impressive amount of heat.
The tent I am sorting out is a single, upright pole jobby. On soft ground the pole can sink which is a nuisance. Digging through odds and sods of gubbins I have found a ski pole basket. With a bit of faffing around it becomes a handy foot for the pole to sit on.
With ongoing computer difficulties, I have had to dig out my old, somewhat unreliable laptop. Sorting through stored documents I realised I still have a lot of my old writings. There is a temptation to begin again.
In the meantime maps are being perused. There is a rough outline of my next trip already planned. A lot hinges on cheap train tickets. Thus it will be another part of the Dales. No hardship there though. It will be a joy to be away.
Posted by Dawn at Tuesday, August 20, 2013 4 comments: Links to this post

Tuesday saw me once more heading north. It was Appleby this time. Arriving early afternoon, no time was wasted in heading over to Dufton. Footpaths in that direction are quite abysmal and I arrived in the village hot and bothered. A quick visit to the tea shop for some much needed refreshments and then I was underway again. My goal for the afternoon was High Cup Nick. 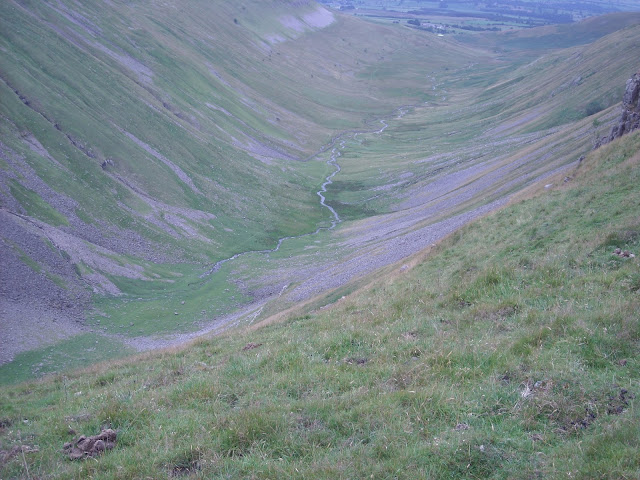 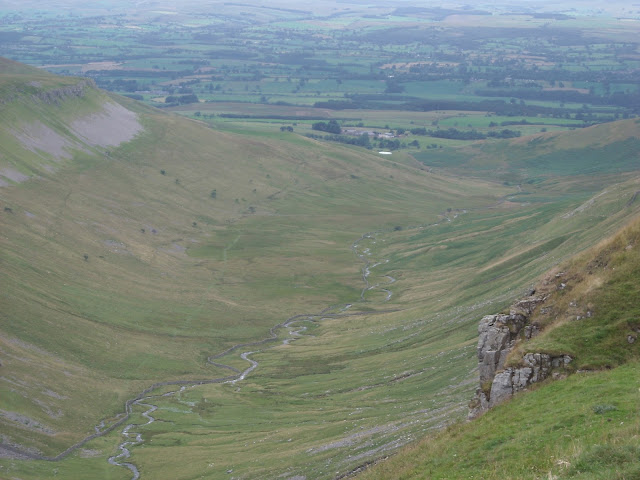 A long, steady plod up, warm work. My actual aim was for Maize Beck Scar. A lovely spot for a wild camp. Arrived fairly late and was tired. The midges where out in force which was a tad tedious. 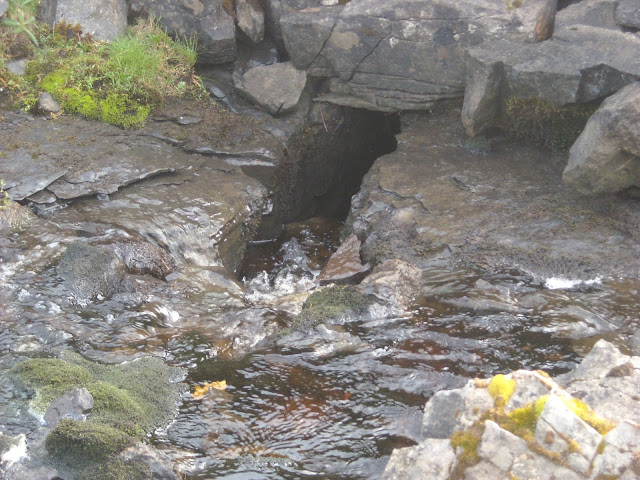 Wednesday was another warm day, overcast at times though. There is a path marked on the map from the bridge at The Scar, however, it is a vague affair. Basically I picked my own way across to the second bridge which in turn links up with the main Pennine Way path. 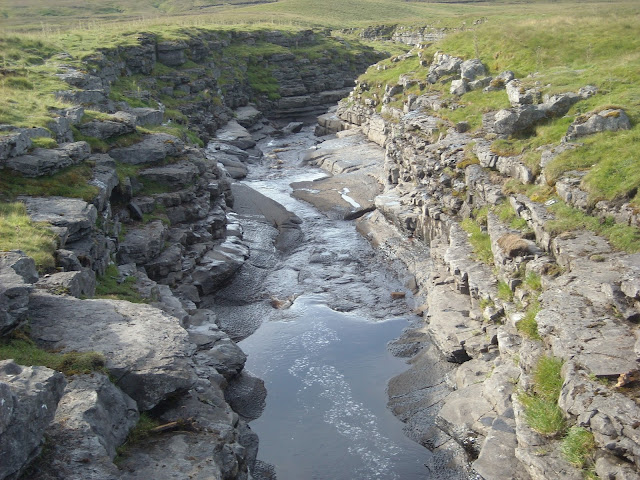 Unfortunately I was having an off day. Nothing specific, just moving slow and unable to pick up any pace. Despite leaving quite early, time was running on by the time I made it down to Cow Green. 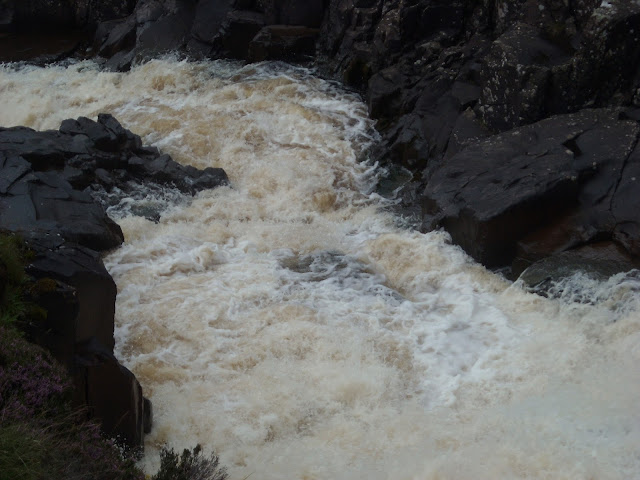 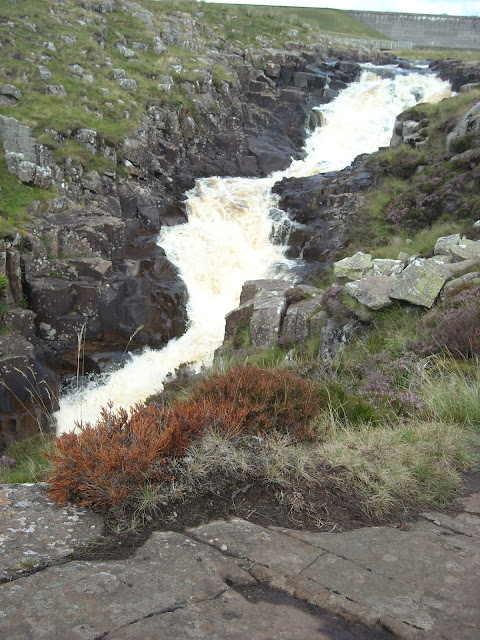 Pushing on down toward Middy Bank farm, I stopped to take stock of the situation. What to do? Carrying on to where I really wanted to be, would mean a long day and probably a late stop. Stop early and push on over Thursday and Friday would more than likely mean two fairly extensive days. There was nothing to prove, no hard and fast deadlines to meet. Mind, it was disappointing not to have done what I set out to do. Turning back a bit I found spot out of the way for the tent and pitched camp. 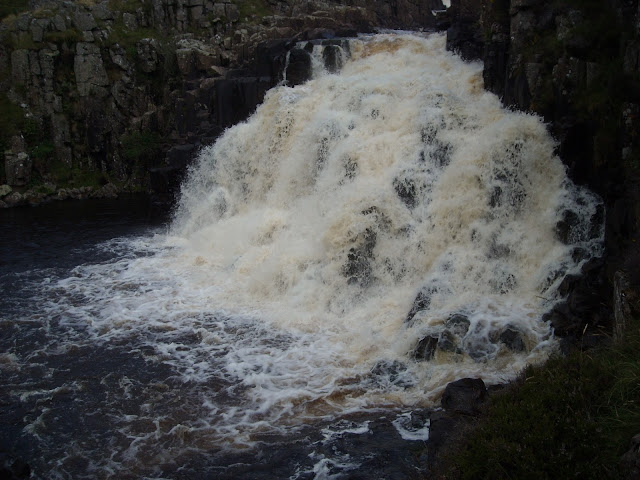 Thursday morning the midges where bad, swarms of them. Packing up was done in a hurry. With all previous plans scrapped, I now headed back up toward Cow Green. Then it was a wander on toward Maize beck. Doing a loop I came by Maize Beck Scar and camped. The tent was pitched in a slightly exposed position so that the strong breeze kept the midges at bay. The day had been overcast and grey but brightened up late afternoon. 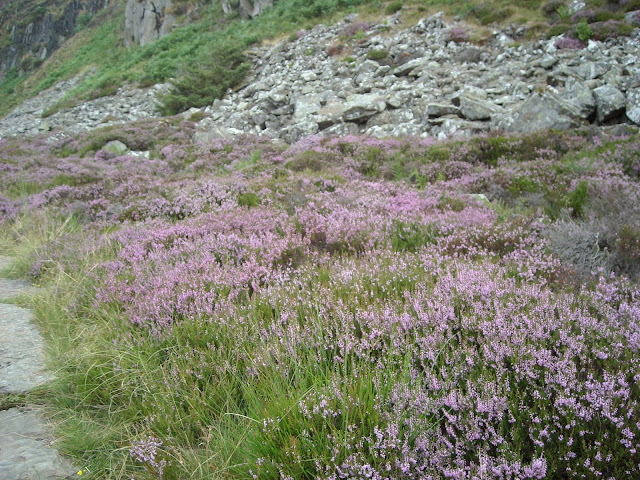 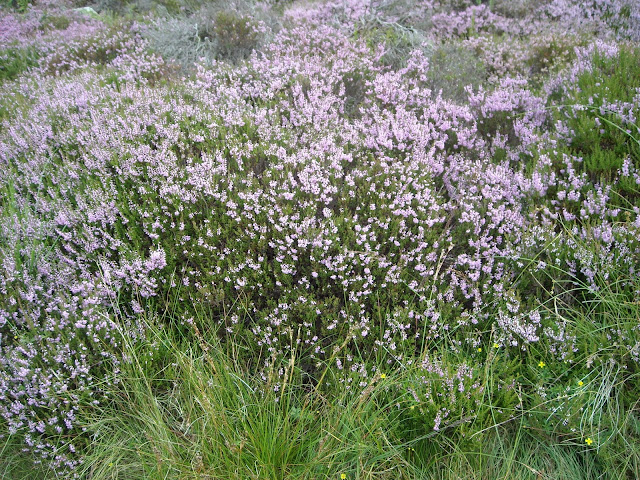 During the night the wind rose and it began to rain. Soon the tent was being strongly buffeted and torrential rain hammered off the flysheet. Unfortunately I had to get out of the tent in a hurry a few times over the course of the night. Just another bout of ongoing illness. It meant getting very wet and cold which was unpleasant.
Friday saw my plans for the day, which involved heading over toward Great Rundale tarn,  abandoned. It was late morning before the weather cleared. Around midday I packed up and headed across High Cup plain and took a slow stroll back down to Dufton. Booked in to the youth hostel for the night. 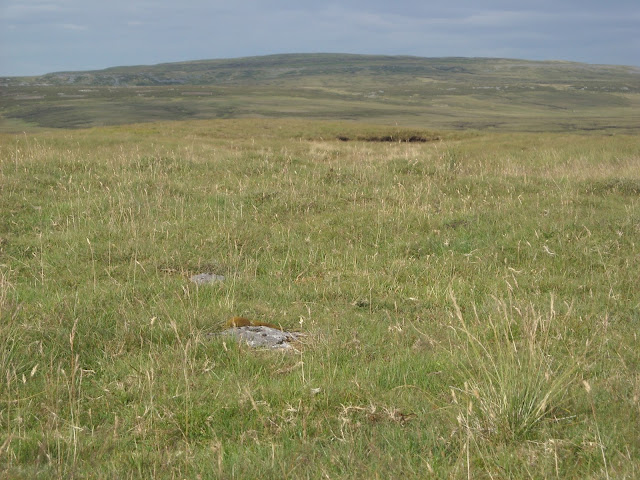 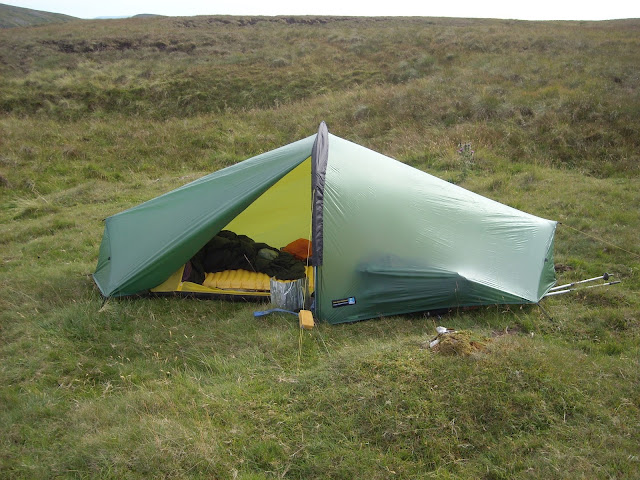 Saturday was a walk back to Appleby with thin, misty rain drifting in. Not a very productive few days but it was good to get out. 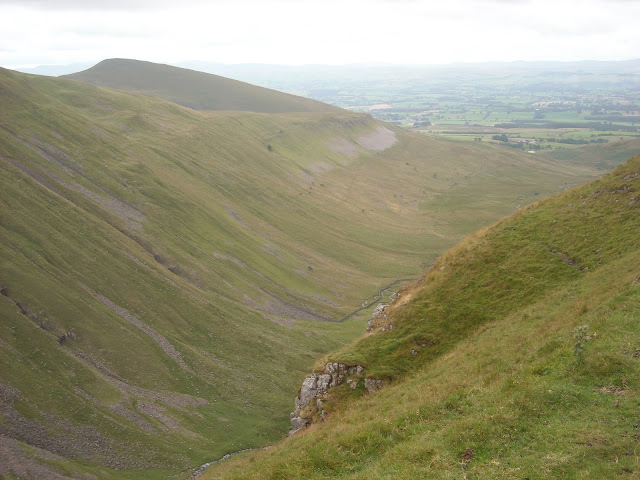