Mike had proposed a few days walkies in January. Still a tad sore from a pulled muscle I suggested a fixed camp rather than lug loads of gear. As it was I still lugged loads of gear, but only as far as the station, with Mike picking me up from Durham.
We arrived at the campsite in Borrowdale early on the Tuesday afternoon.  No time was wasted in setting the tents up. The day was fine but it was chilly. Later we where joined by JJ. (JJ's stuff) He was travelling in some style having brought his caravan. It served well as a tea room and chip shop. Much appreciated where John' servings of chips and quantities of other foodstuffs. Thank you John,
Wednesday saw us trundling up to the small top of High Doak. Delightful walking in fine weather. A circuit around and below Castle Crag and a stop off at a local hostelry complete with blazing fire and then an evening which involved chips and other foody items. 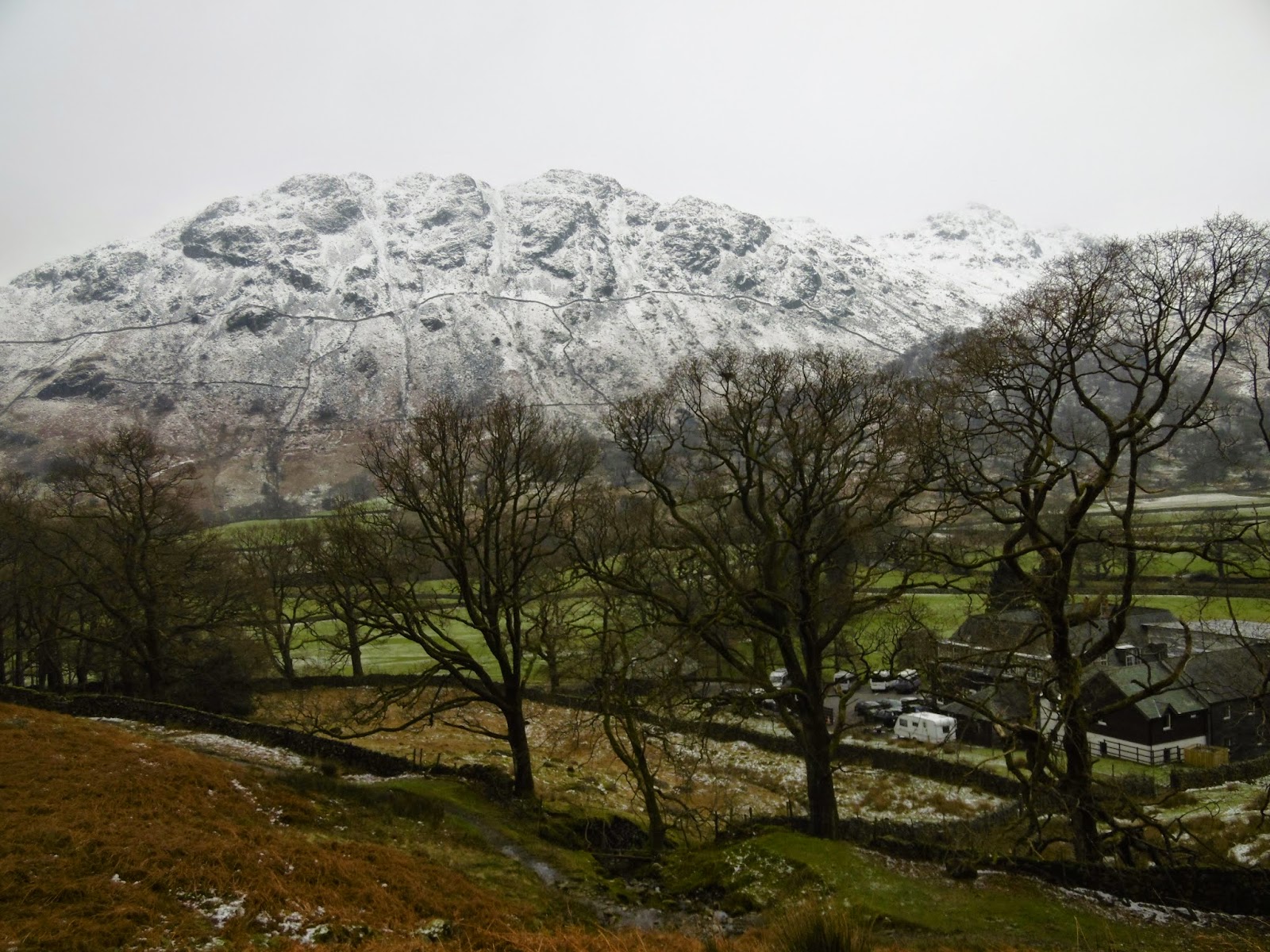 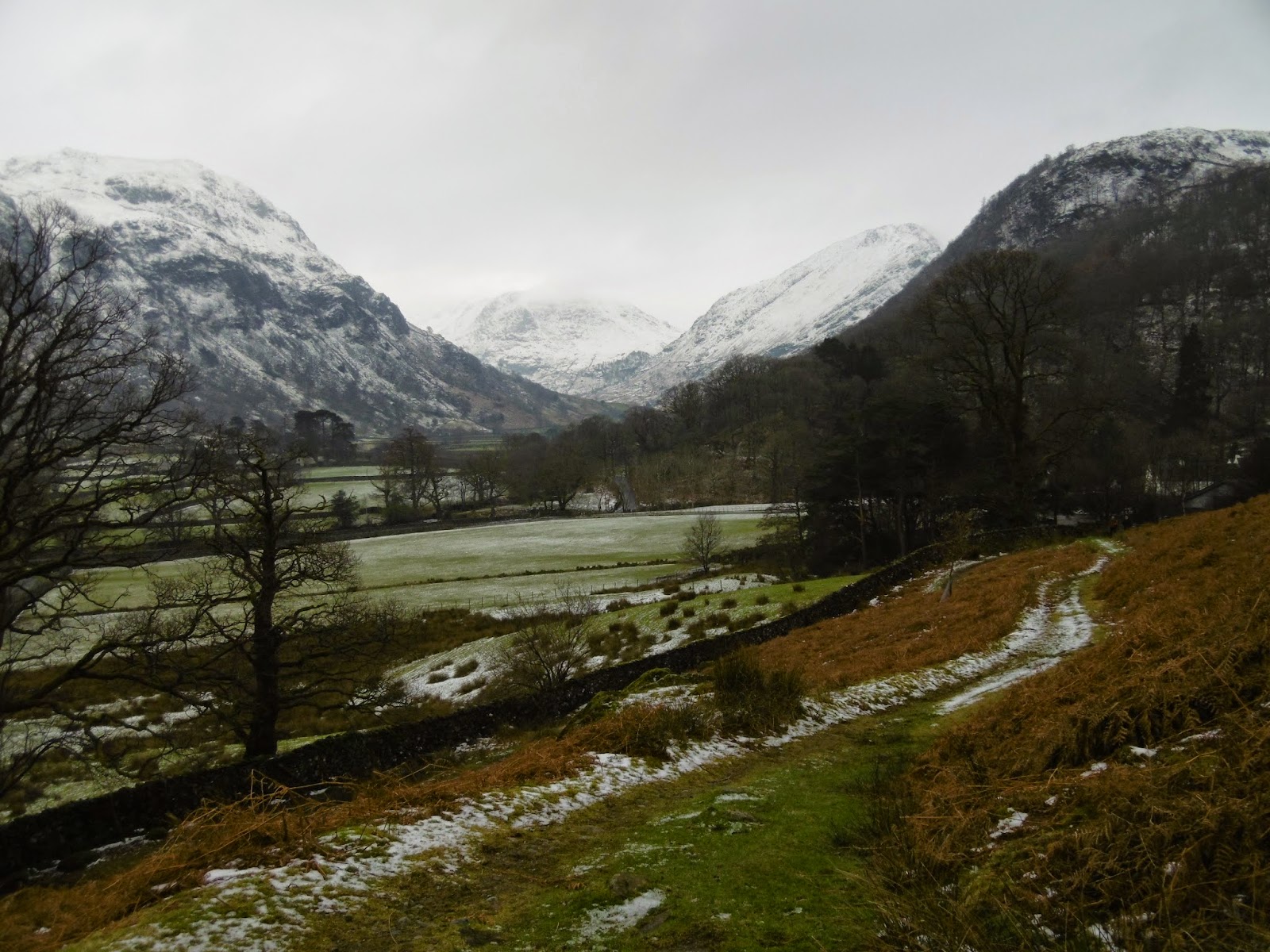 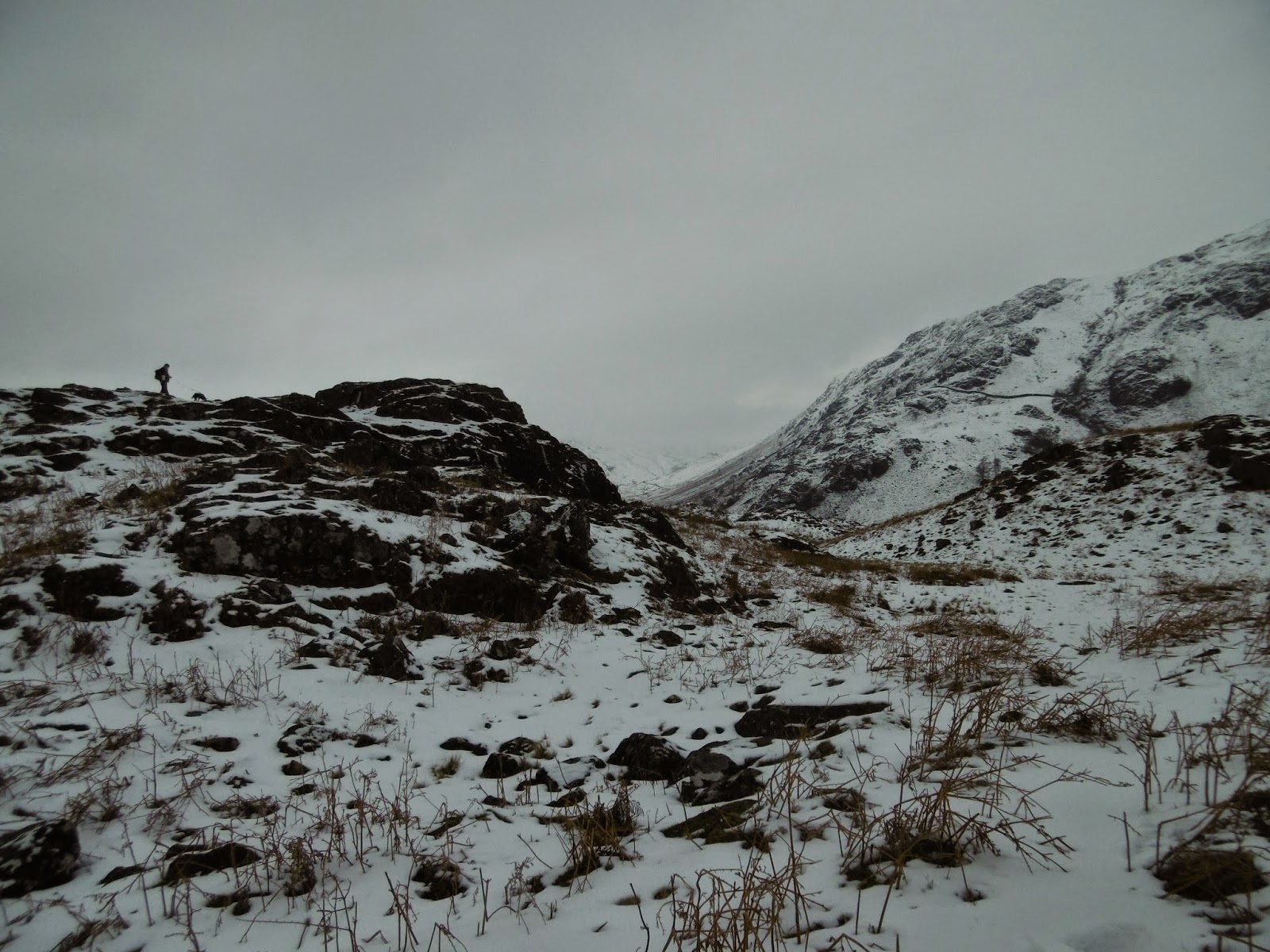 It was cold further up with a chilly breeze. 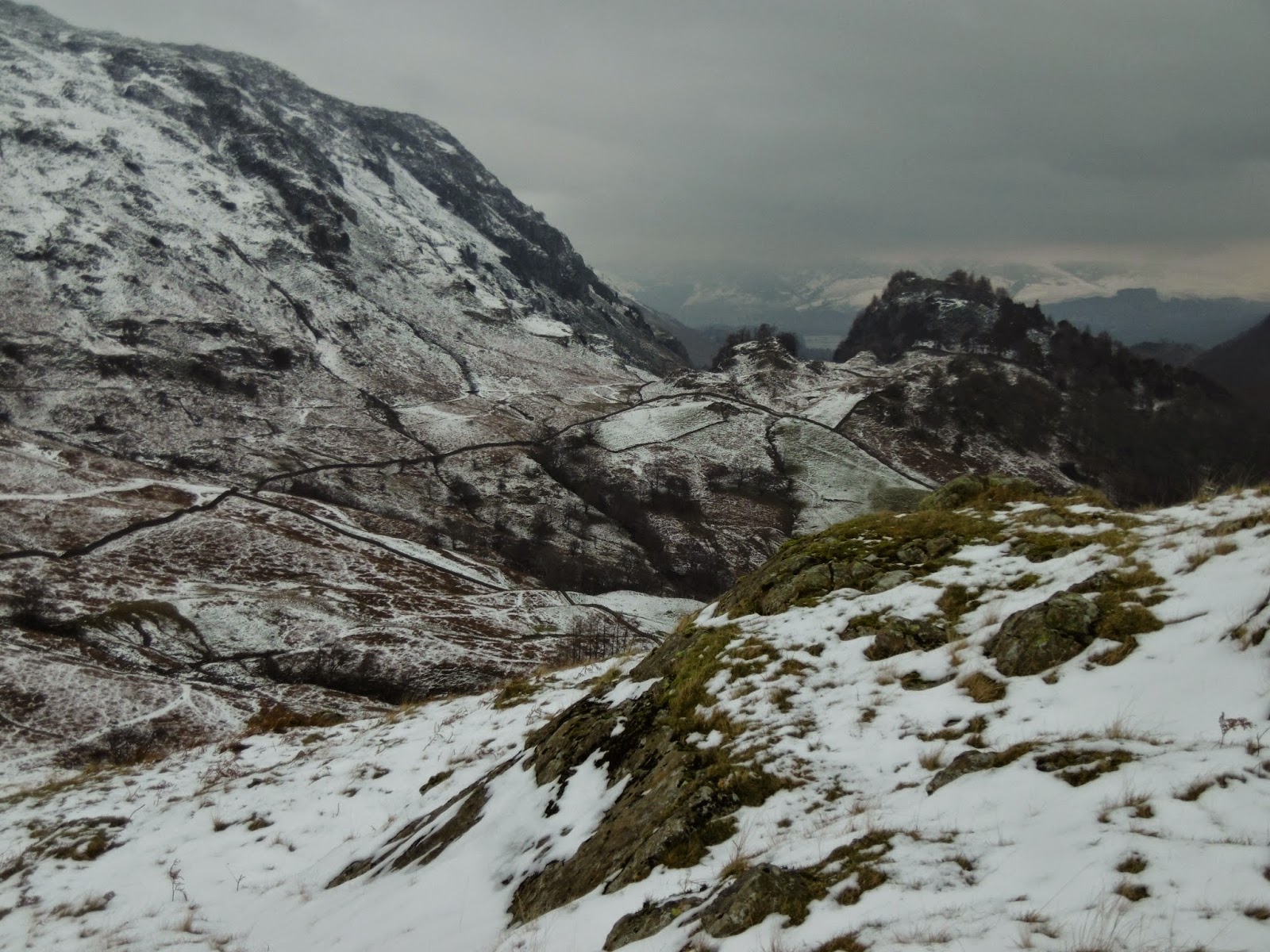 Thursday saw us visiting Keswick, J.J needing to do some shopping. From there we proceeded up to Latrigg. Spikes where required on icy footpaths. The views where stunning and it was fine bit of walking. 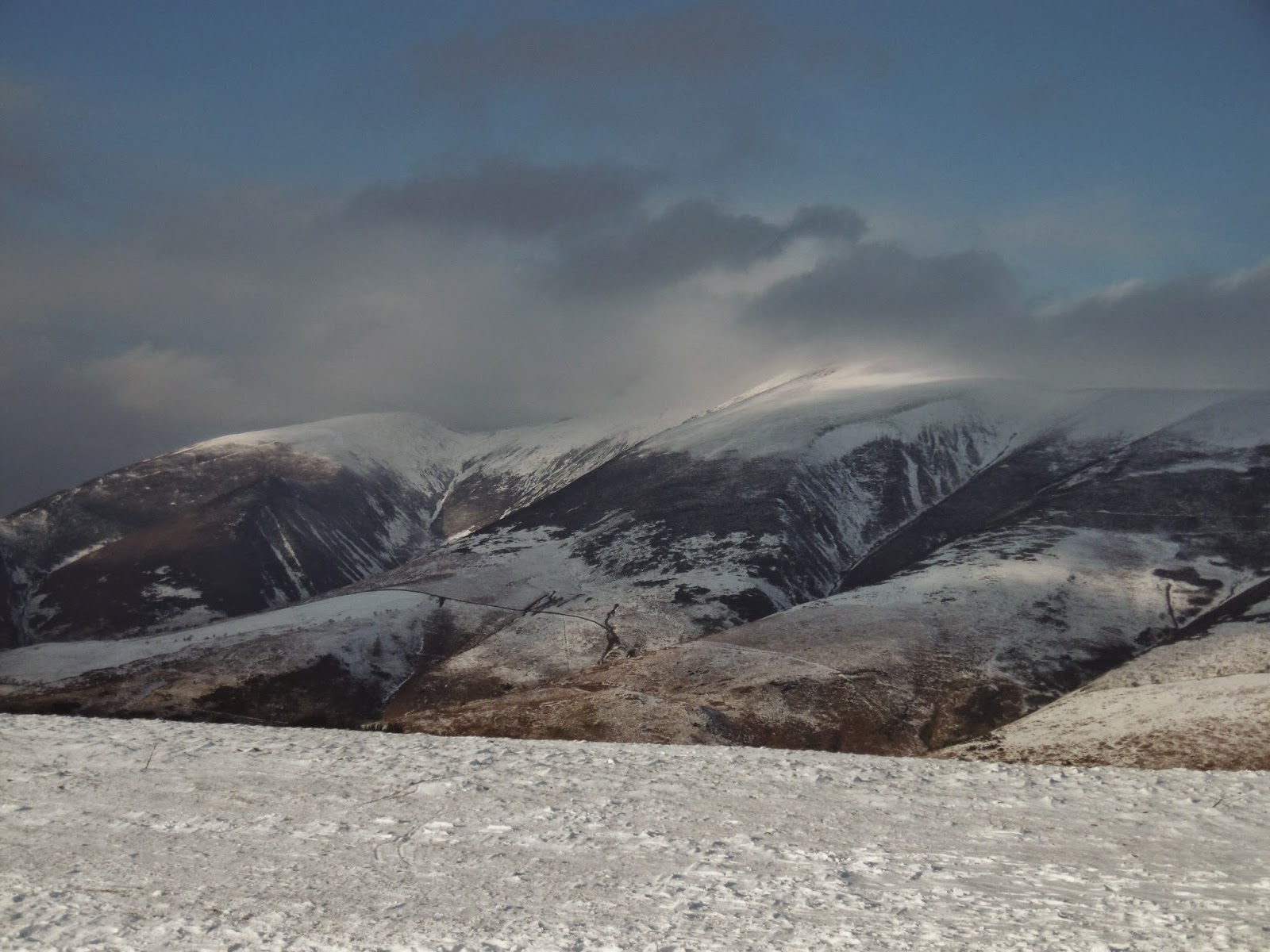 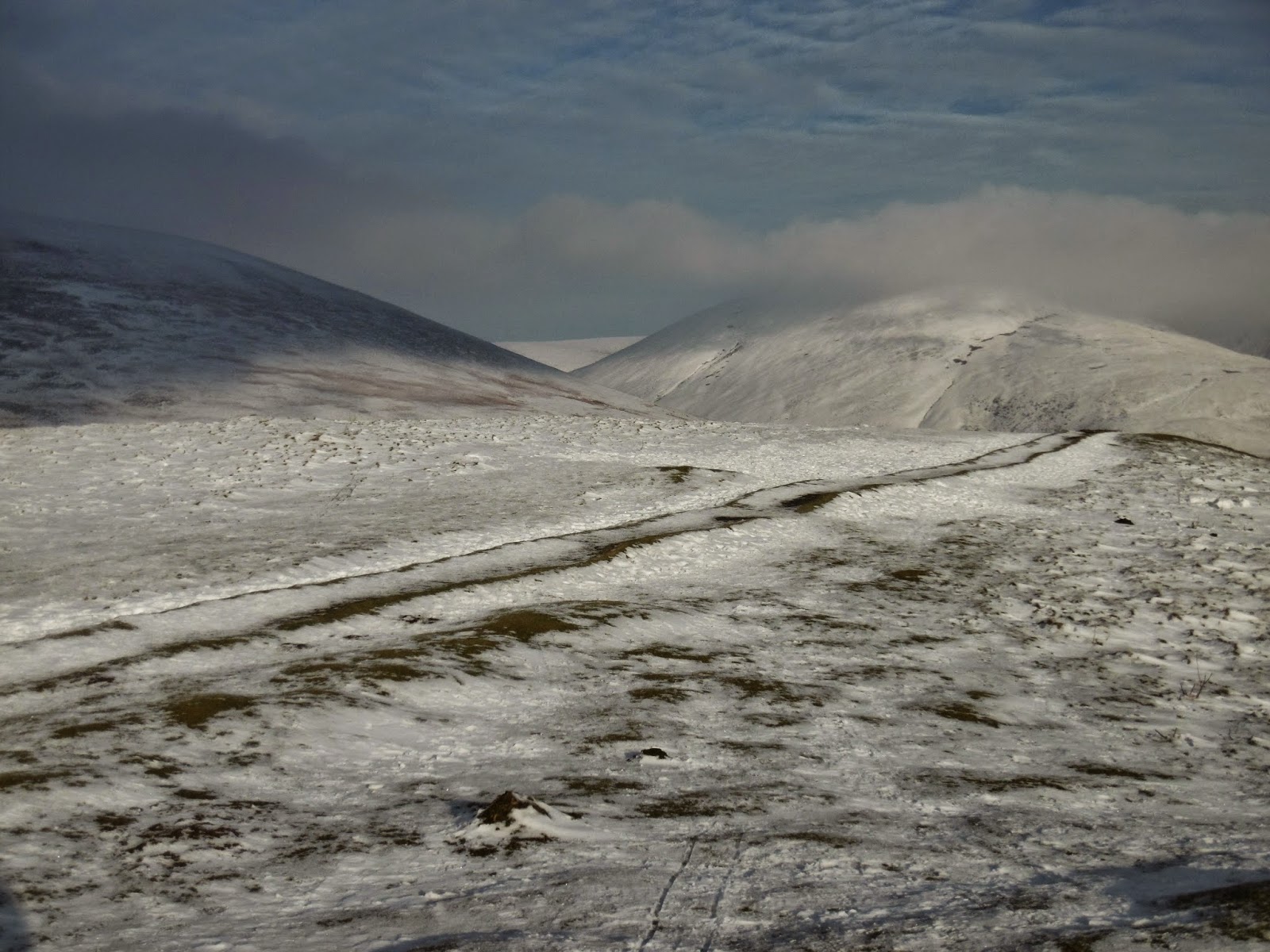 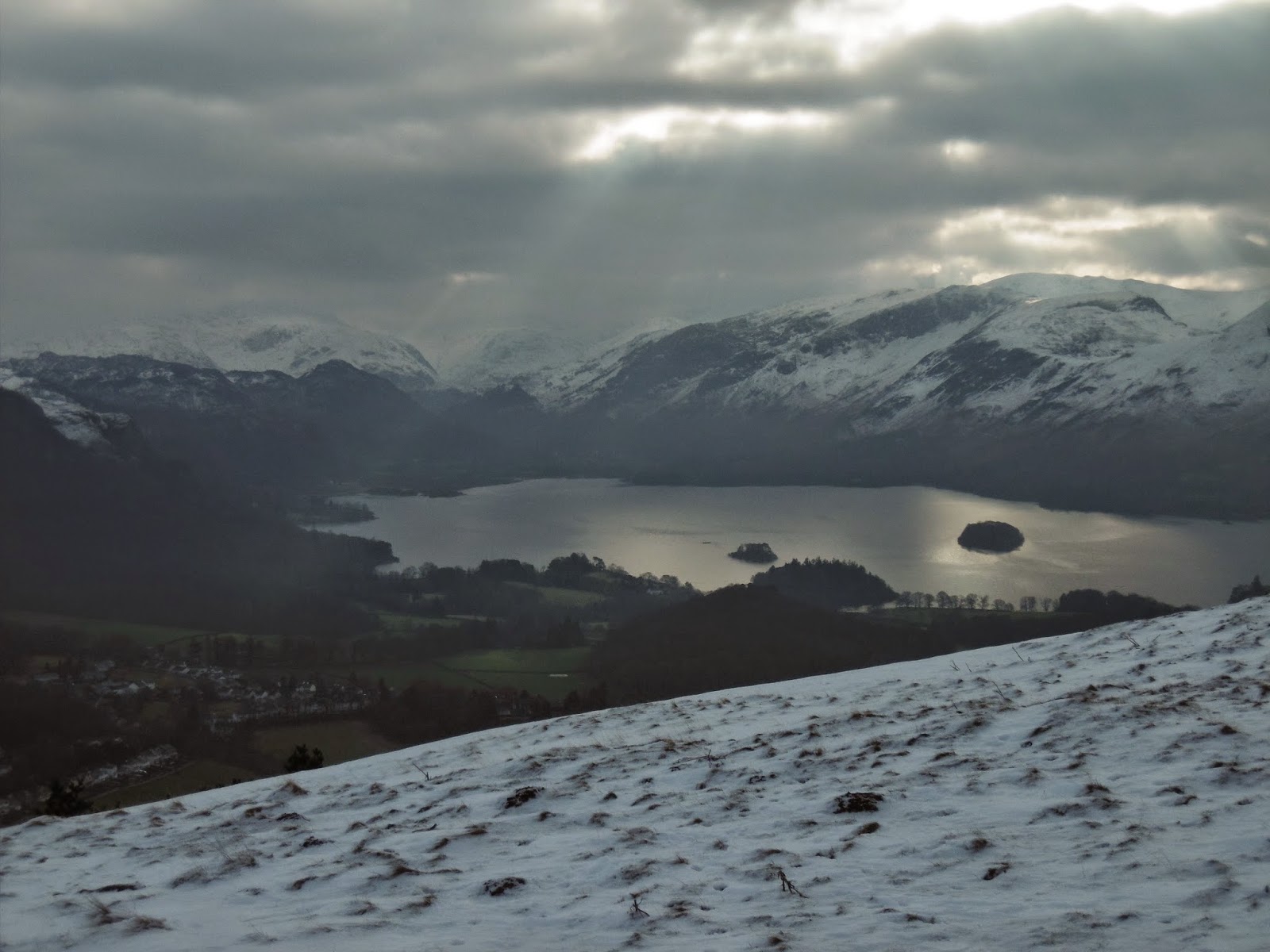 Friday morning was blustery and becoming increasingly wet. JJ was heading off to warmer climates?? However, we where joined by Mike's brother who had proposed a route up Ether knott and ridge line. If Lucky had any choice I am sure he would have been happy to remain his cosy bed? We set off in deteriorating conditions. My lack of fitness apparent as we headed upwards. For whatever reason I was not finding the going easy. Underfoot it was wet snow, ice, slick with running water and deep heathery bits.
Where we wandered I know not. Our way took us around and down through interesting craggy bits until eventually we descended on the Shepherds path. We proceeded then back up Borrowdale, the two lads stopping off to sample the delights of the hostelry. However, I declined, to be honest I was not feeling good and really thought it best to head directly back to the tent. The wind and rain where driving hard across the campsite and I was thankful that I had snugged the tent down tight that morning. It was good to be out of wet gear and snuggled up in a warm sleeping bag.
Saturday saw us heading back, visiting a favourite cafe of Mike's on the way. A lovely place it was too. 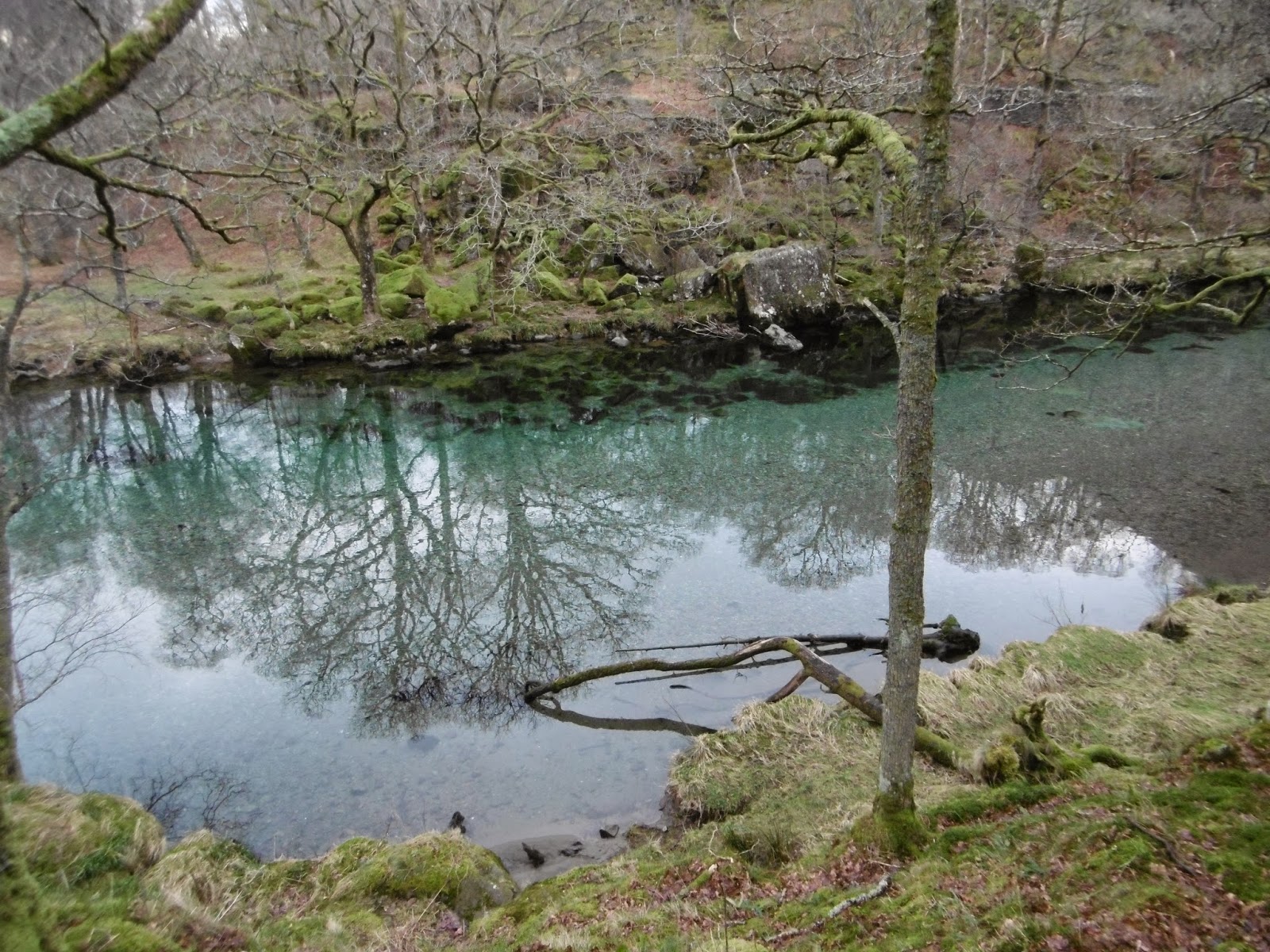 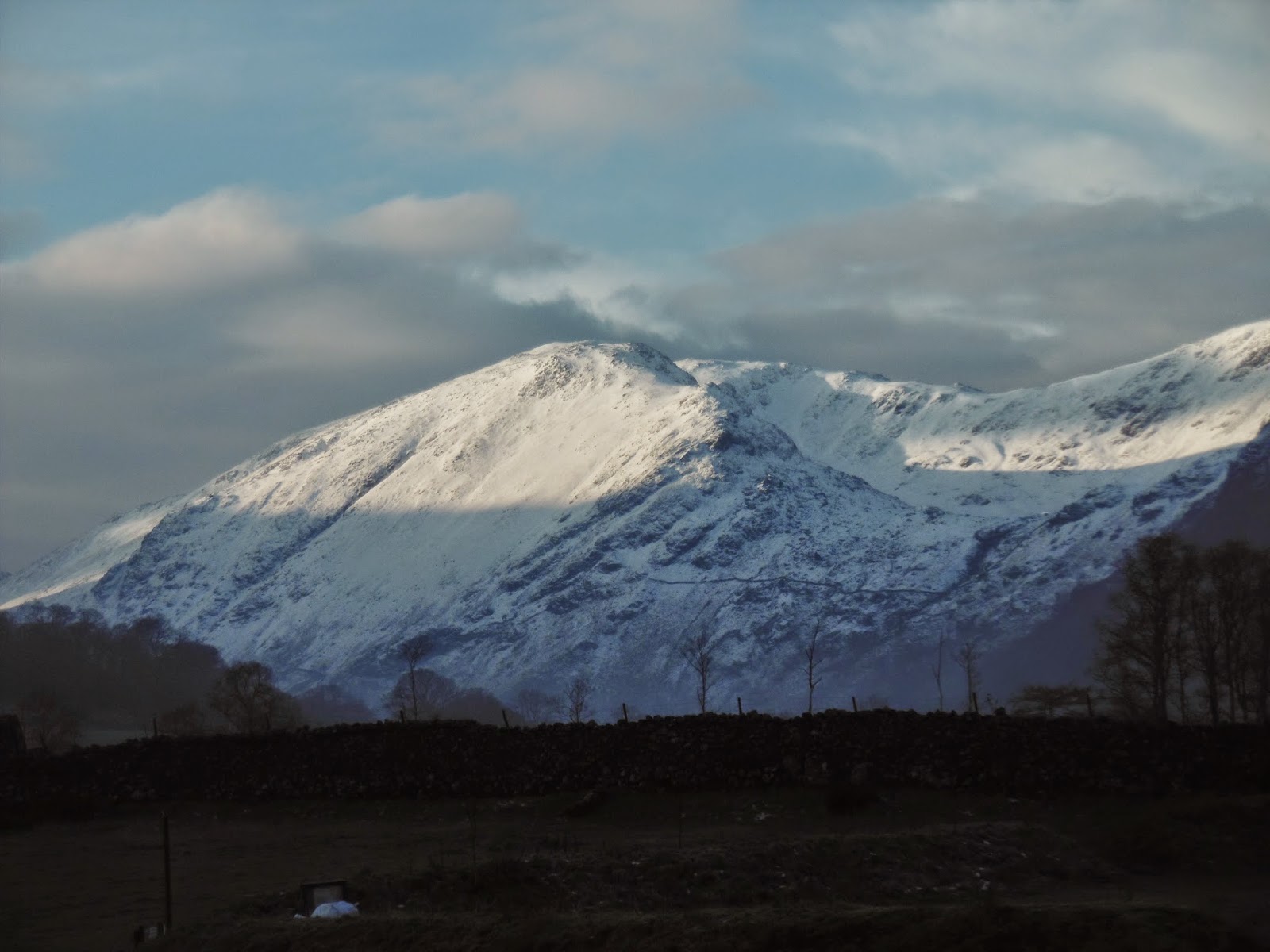 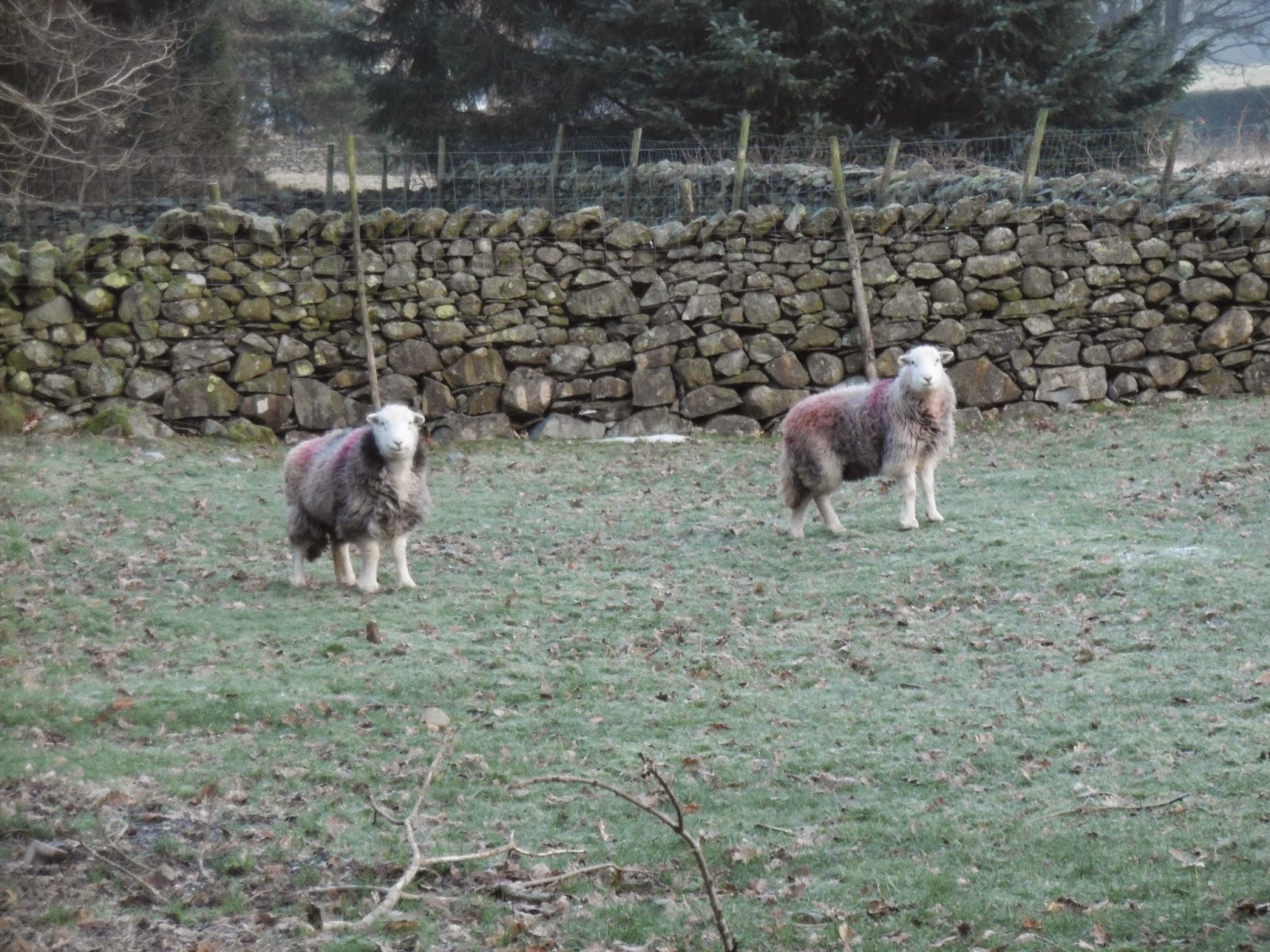 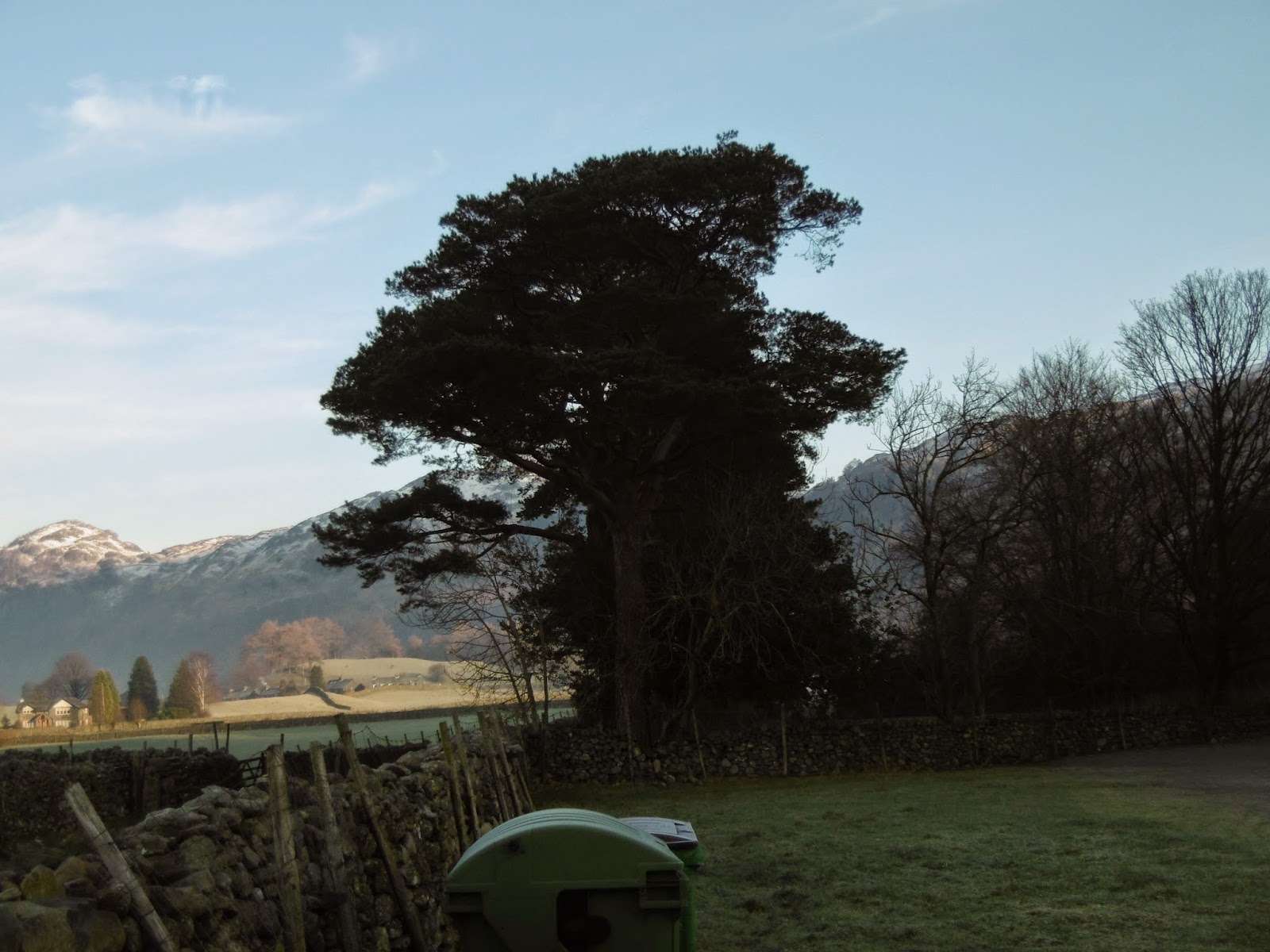 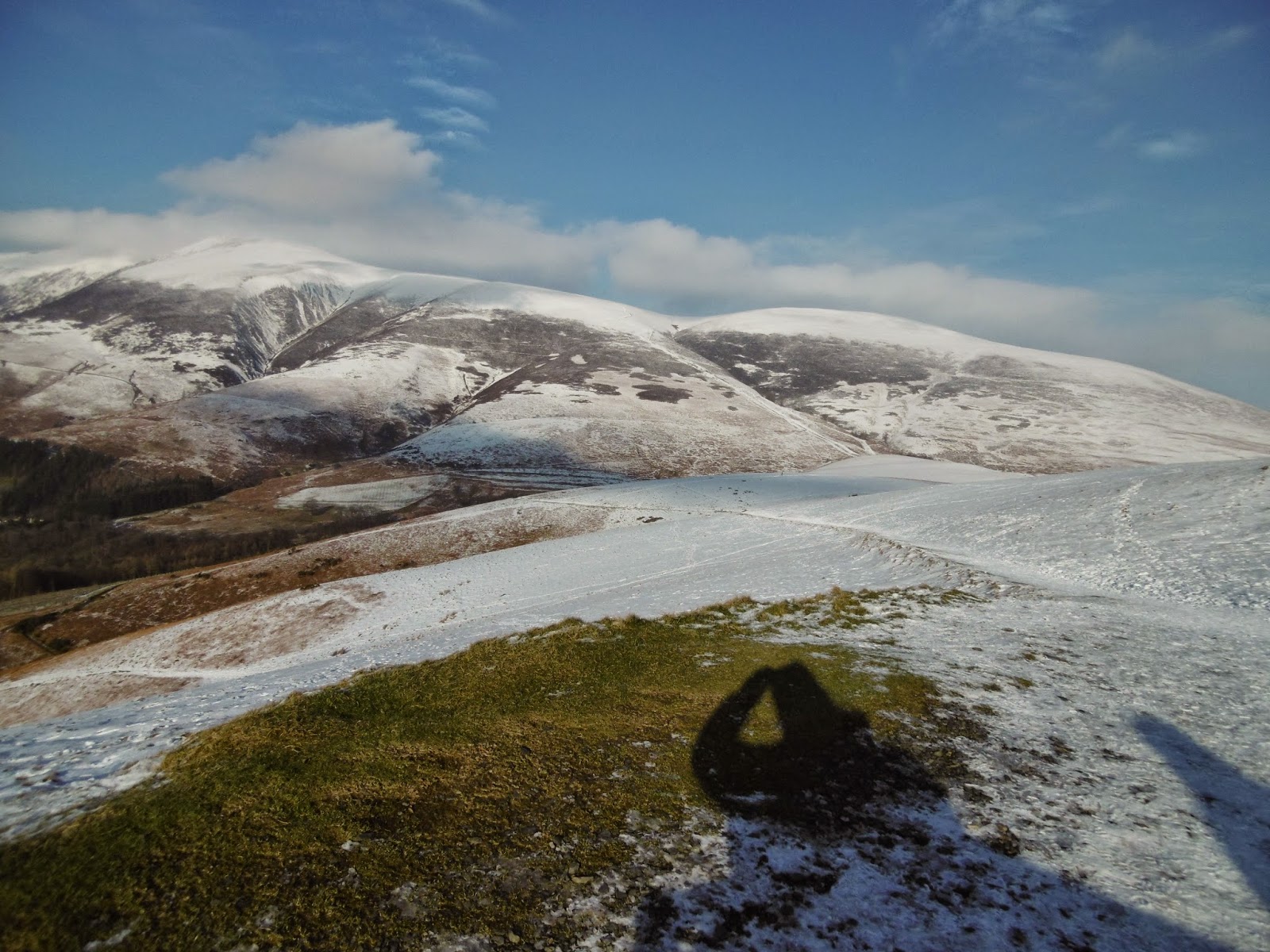