Mike and I, after due consultation via the interweb, had settled for a wander in the Otterburn area. The village is surprisingly large, with pubs, shop and cafe. Passing the farm by West Townhead and attempting to avoid the worst of the gloopy mud in the farmyard, we ambled across fields toward a minor road. This in turn took us up in the direction of Blakeman's Law. A nice wee hill complete with its own flagpole. 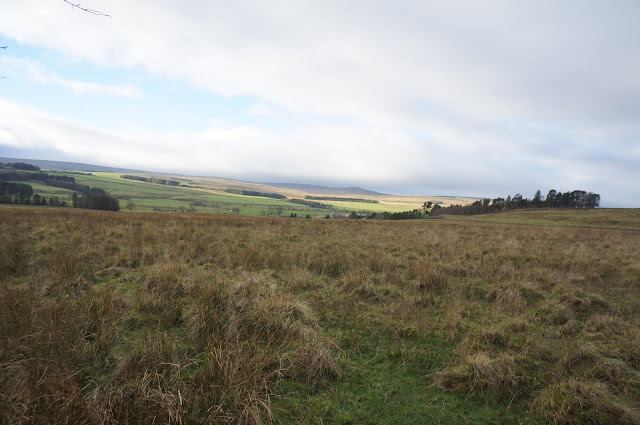 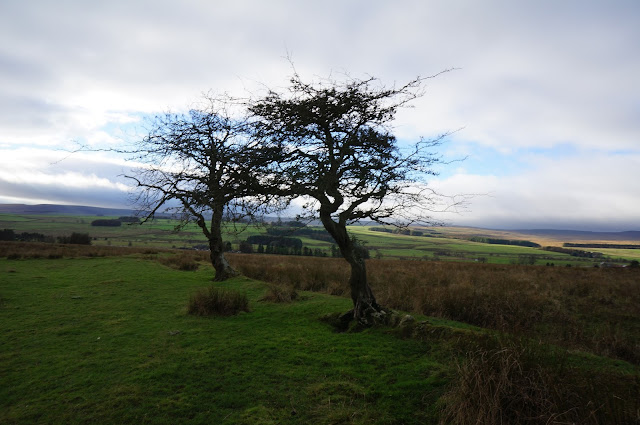 With hill duly bagged, we continued on following the road upwards to Potts Durtrees farm. For a moment or two I had a navigational bemusement. What was marked on the map as a track morphed in to a fully tarmaced road. All to do with the military and the nearby Otterburn camp.
Pausing by Fiddlers Wood for lunch, more time was spent double checking the map. The bridleway marked on the map was in fact a broad,  well maintained road, disconcerting! 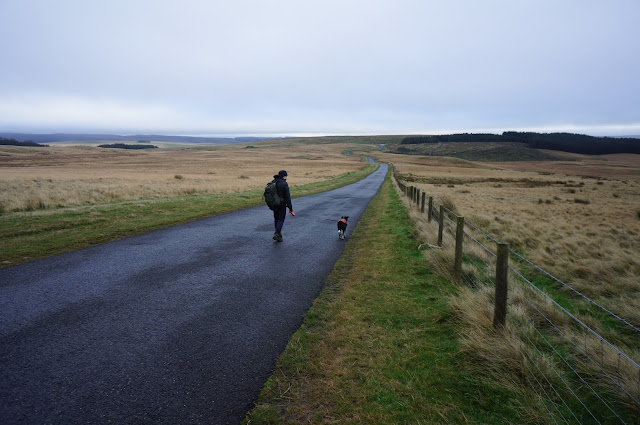 In many respects it made for a faster pace of walking.  Leighton Hill was visited and then it was on to a much more vague bridleway which led us back to Otterburn.
A pleasant day's walking with a distance of roughly ten and a quarter miles. 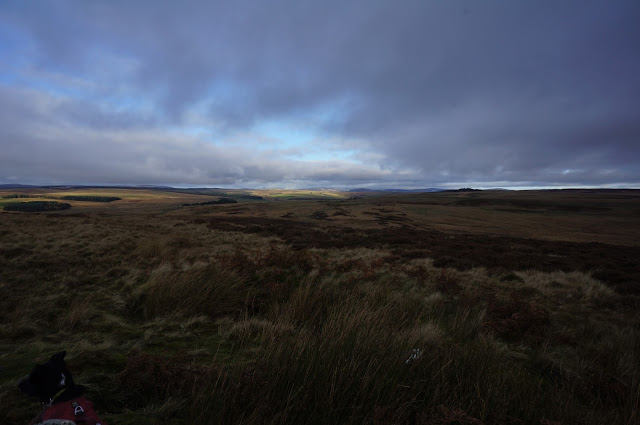 Posted by Dawn at Friday, November 27, 2015 No comments: Links to this post

With the way the weather has been, backpacking trips have been a tad limited. Thus it was a pleasure to get out for a day walk with Mike and Lucky.
The forecast had been for rain in the morning. Fortunately it missed us. we had nothing strenuous in mind, just a gentle walk. 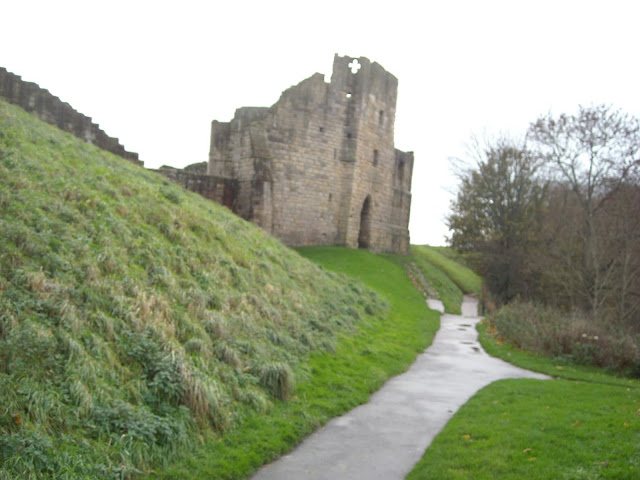 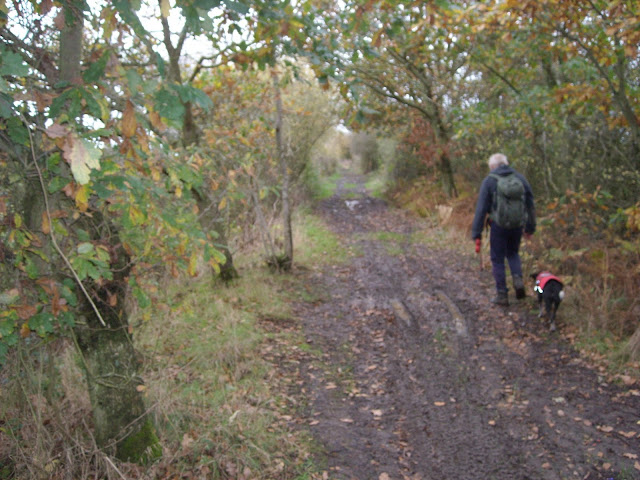 Pleasant walking though. It was surprisingly mild for the time of the year. We stopped for a bite of lunch by Thirston Burn which was swollen with flood water. A bridge was discovered further upstream. However, we decided to retrace our footsteps. A convivial and gentle days walking. Surprisingly we covered a goodly eleven and a half to twelve miles/ 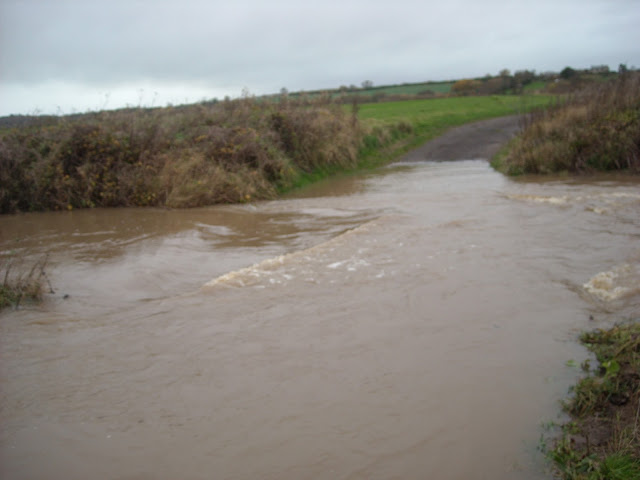 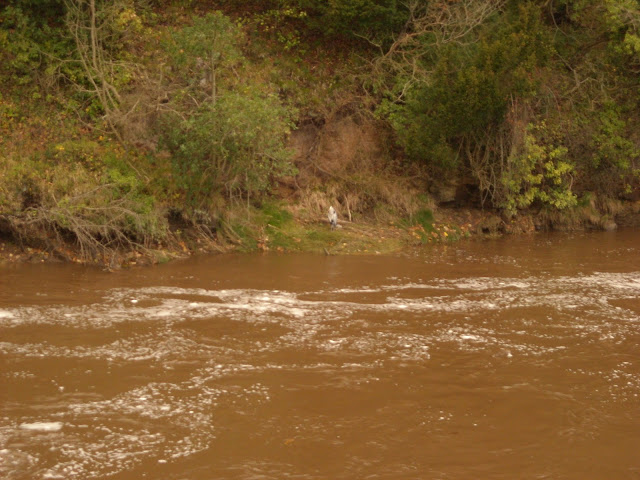 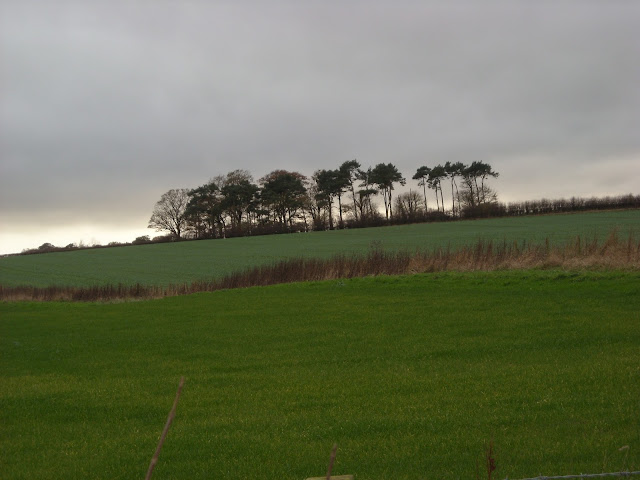 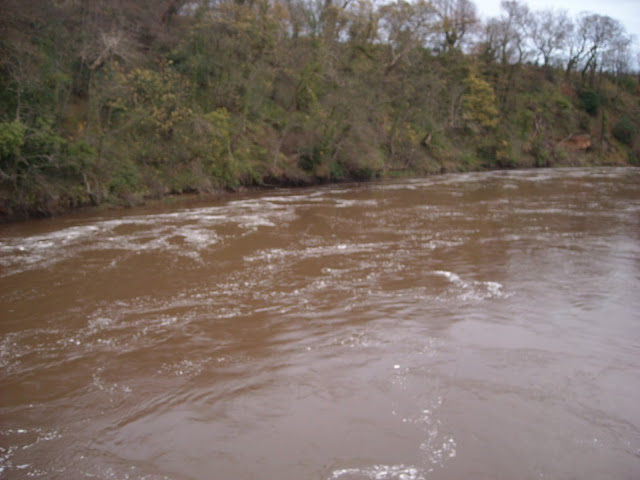 A glorious day, superb weather, dry, sunny and mild. This was a walk with Mike northernpies.blogspot.co.uk. He was doing one of his regular reccies and had invited me along. However, being mapless as I was and with a camera that had a dead battery, I have little idea of where we wandered. Mind, Mike assures me we went via Gibraltar? More frustrating was the lack of a working camera. The autumn colours were still vivid, also there was a wide variety of interesting fungi
So folks, apologies, you will have to wait until Mike does his write up. Mind, I am certain he will be putting up some cracking photos too.
We covered an average of eleven and a half miles.
Posted by Dawn at Wednesday, November 04, 2015 2 comments: Links to this post