Mike and I had originally planned on a Cheviots camping trip. However, the recent foot operation had scuppered that. Being laid up and somewhat confined to the flat was not doing me a great deal of good. With another operation looming ahead I was becoming desperate for a wee break. Deciding on something very different from the norm.I finally opted for a camping barn in the lakes. Mike was persuaded to come along. To save on train fares I traveled up to Durham which was some fifty pounds cheaper than catching a direct train. Mike collected me from the station and we drove over to Buttermere. Cragg camping barn offers basic facilities. One thing we rapidly discovered was how cold the place was. 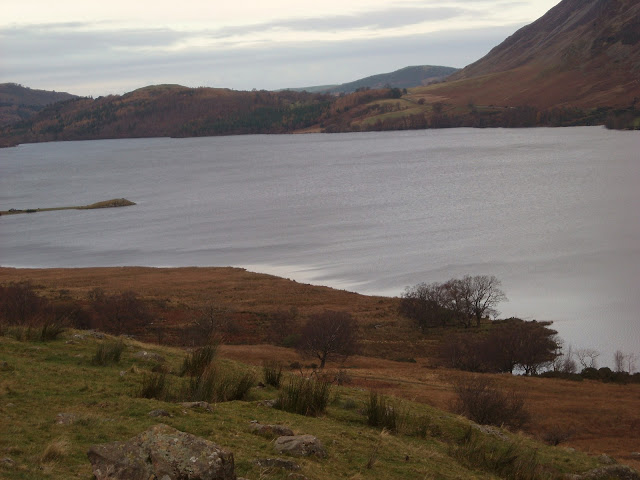 Thursday started off as a rather grey morning. Not cold though, quite mild. It was good to get out and do some walking though. We headed across Scales to the waterfall. From there we contoured around and over to Mosedale. No difficult walking following the track that runs down the valley..Our walk led us over to Crummock Water and the higher path that follows the lake back to Buttermere. A shortish walk of some nine miles or so. By the time we got back my foot was playing up, just sore though. 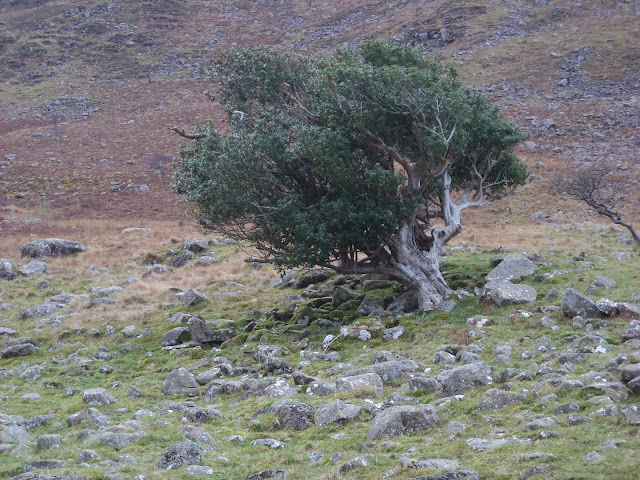 Friday was a trip down to the coast and a daunder along the beach and  dunes. A chilly wind kept temperatures down a a bit with  grey, sullen waves lapping the shoreline. 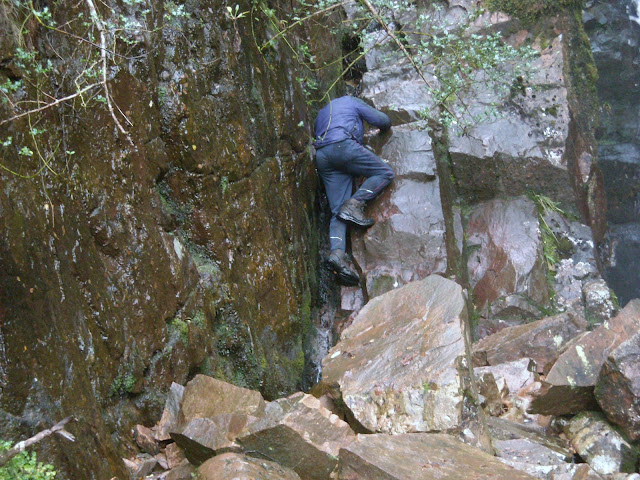 Saturday saw us having a stroll around the lake at Buttermere. After a cup of coffee we nipped off so that Mike could collect a wee top that was on his list. In the meantime I went for a stroll up a bumpy lane. A few sleety showers on the way back. Sunday saw a dusting of snow on the higher tops. However, we where heading out. Many thanks to Mike, who, I am sure prefers real tents to cold, drafty stone ones! 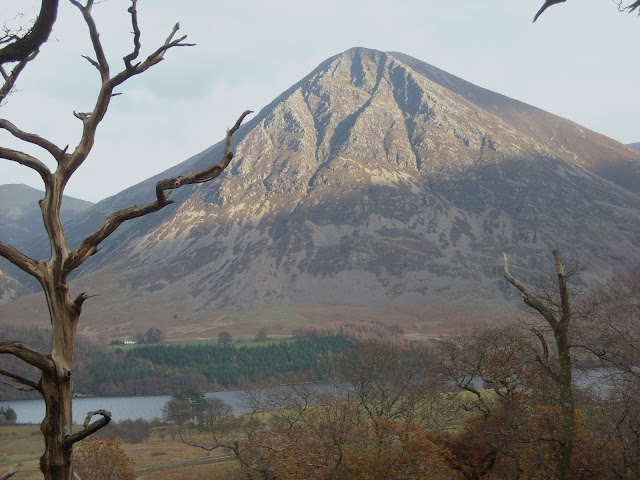 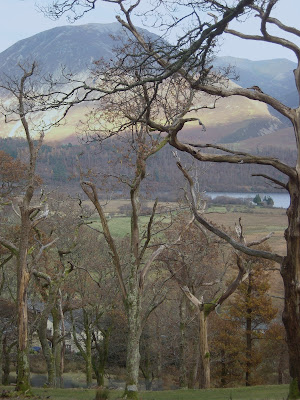 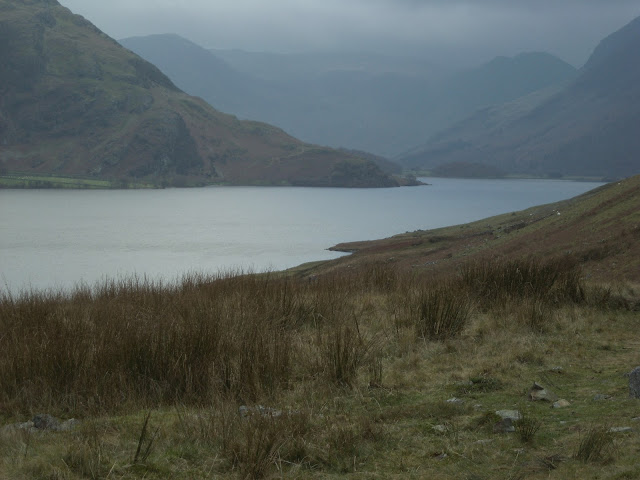 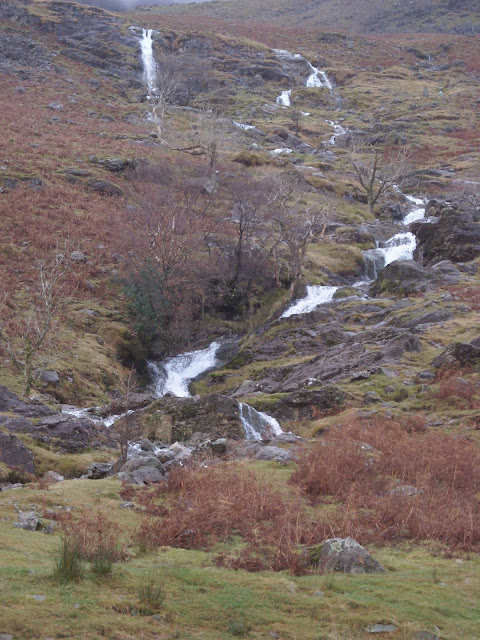