After our somewhat longer fortnight of backpacking Mike had suggested a summer solstice slackpack. The plan was simple, head over to Green Bell, in the Howgills and spend two nights camping and viewing the solstice. 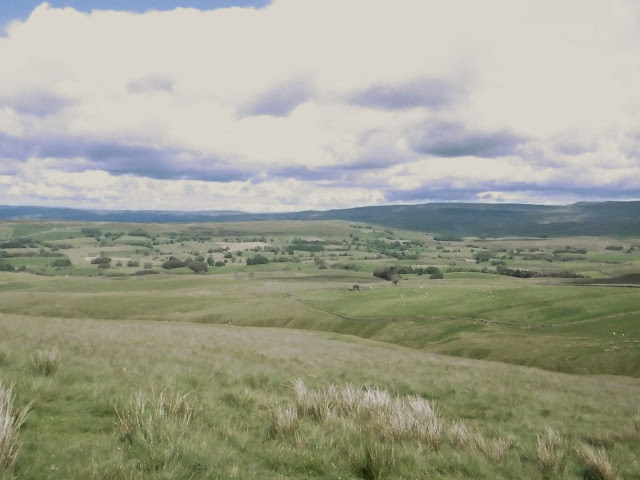 We took the path that leads up by Kilnmire and Wye Garth. There was a strong wind blowing and it was decided that rather than camp on the actual top it would be better to set up the tents on a  shelf just below the trig point.We found a lovely wee trickle of water close by and with splendid views over the valley we set up camp. 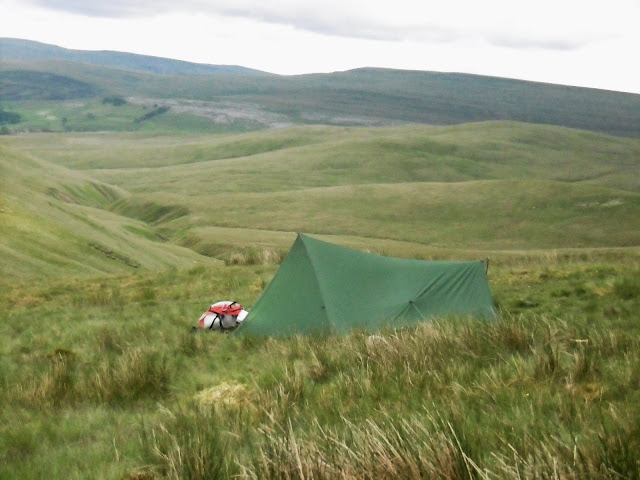 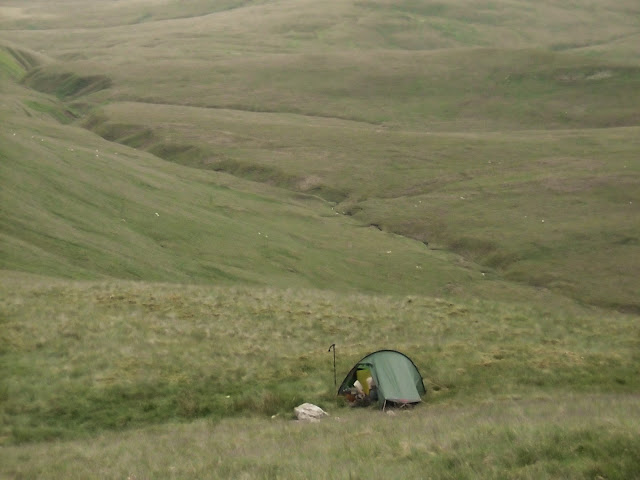 Mike stayed up late as it gradually grew dark. There was not a total darkness though. It was surprisingly quite light even around midnight. Not the total pitch darkness of the later months. Just before three in the morning I was awake and was content to just sit in the porch of the tent, cup of tea in hand and watch the gradual grey pre dawn light slowly develop in to the early morning light. The mist that had shrouded the valley below dispersed very rapidly. Unfortunately there was no early morning sunrise. 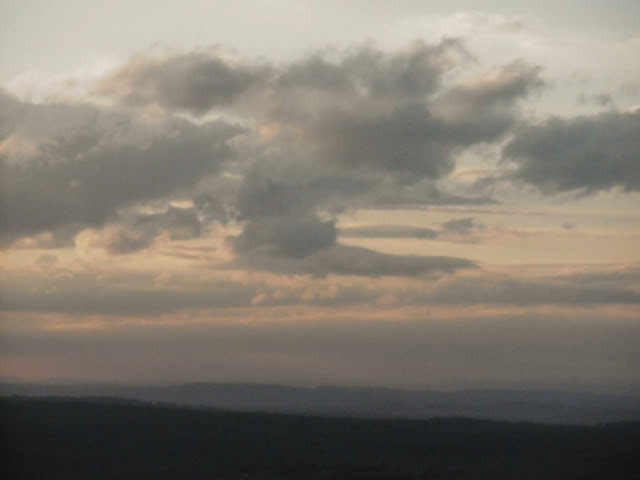 However, it was fascinating to watch wraiths of mist and low cloud scudding through gaps in the surrounding hills and spill out over the valley. 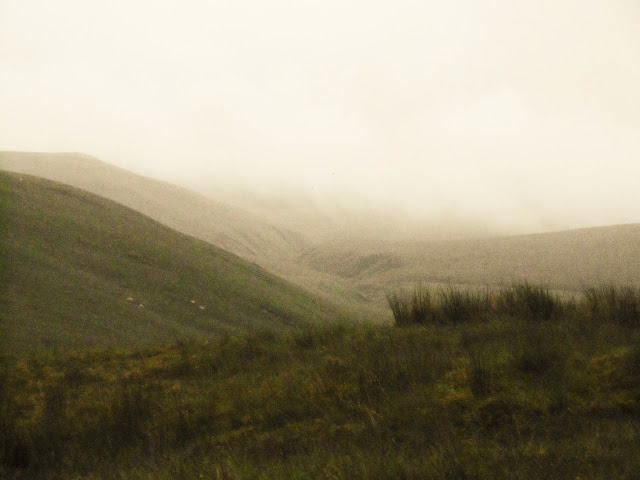 A spot of breakfast and I was happy to doze for a couple of hours. Later in the morning I made my way up to the trig point, had an amble around and returned to the tent for another cup of tea and a bit of lunch. 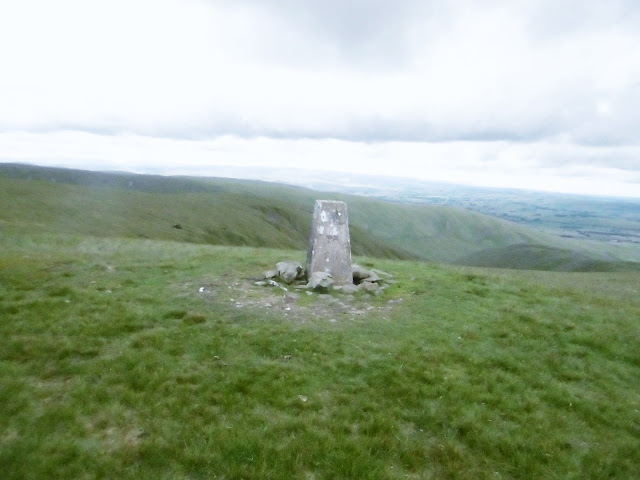 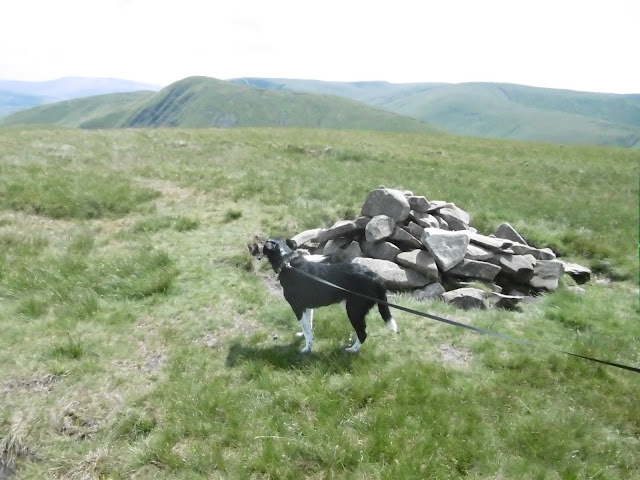 In the afternoon we had a stroll over to Randygill Top, lovely views in all directions. 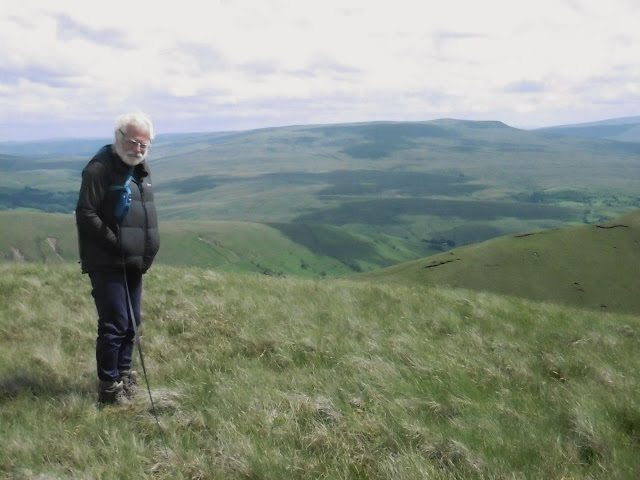 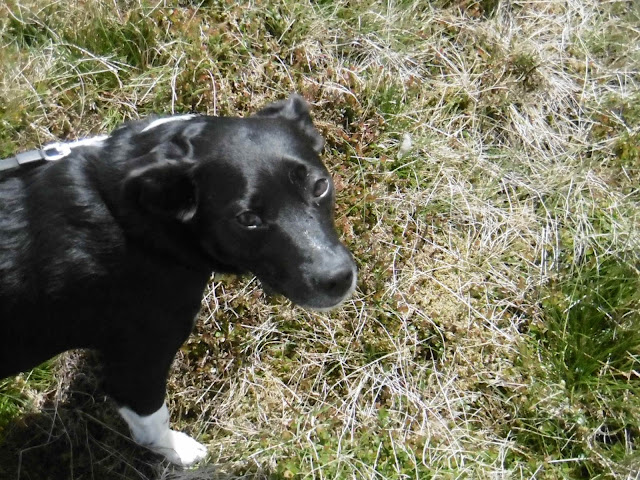 On the following day we walked back down the hill to the car. Heading back we had a wee diversion to visit a hill  Mike had on his little list! 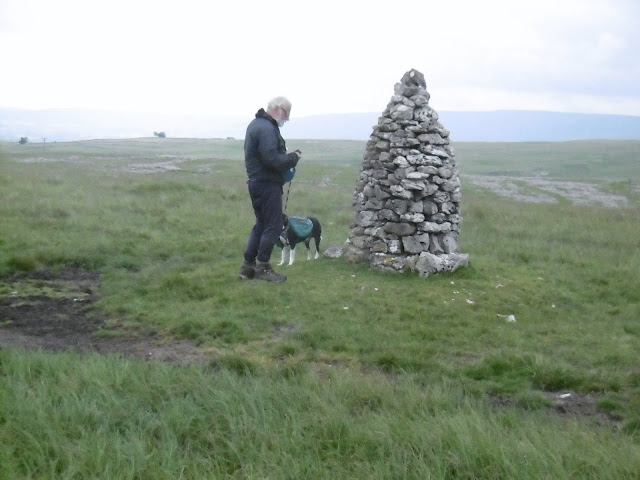 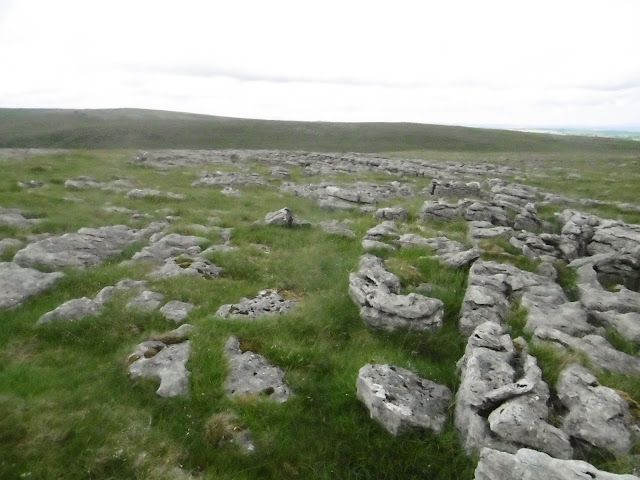 A couple of pleasant days of not doing a lot but just chilling.
Posted by Dawn at Thursday, June 23, 2016 5 comments: Links to this post

Sunday saw the gang of three, Mike, Lucky and myself heading up the beach at Ross back Sands. Due to an area being cordoned off, there were terns nesting on the beach, we only went so far. 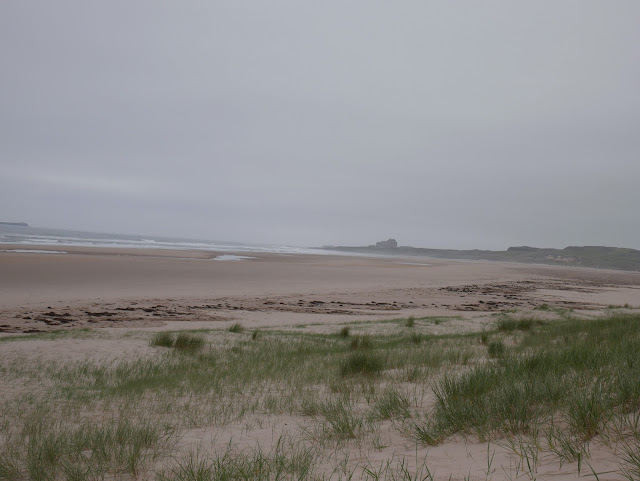 An onshore breeze kept the temperatures down but it was still pleasant. 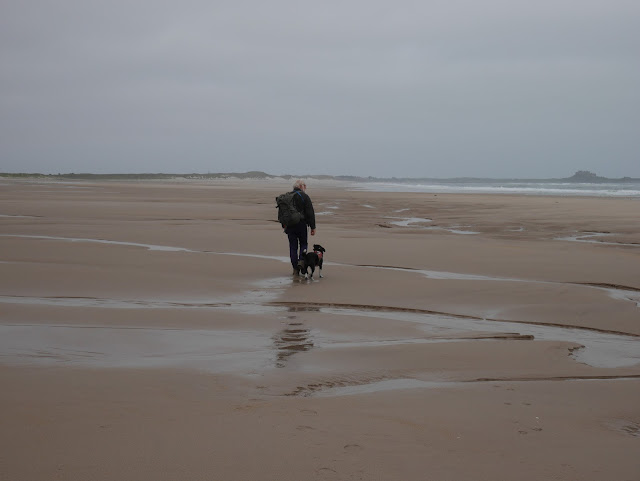 Mike chose to have a paddle. However, he did indicate that the water was of a chilly nature! 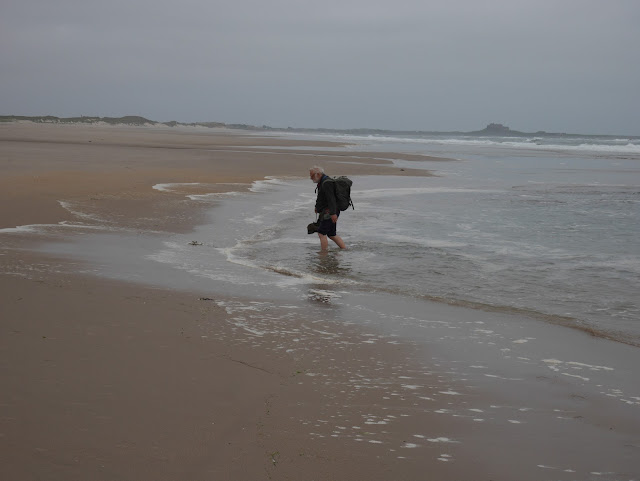 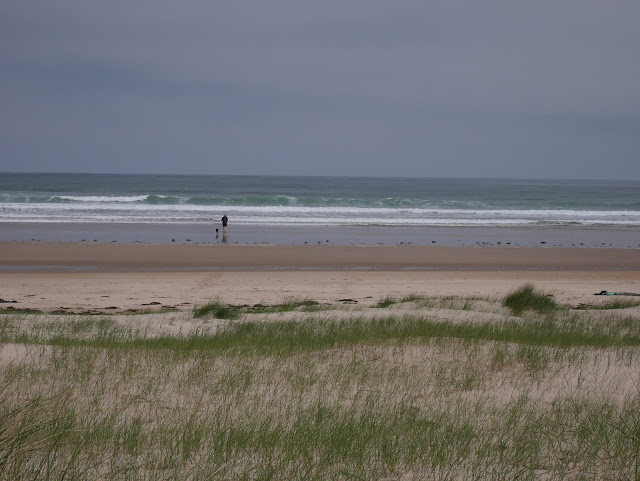 On the Wednesday I took the bus up to the Cheviot's. Actually, it involves three buses. Using my bus pass means not arriving in Wooler until one in the afternoon.  Thus I took a light pack (6 kilo) to allow for an overnight stop on the way round. 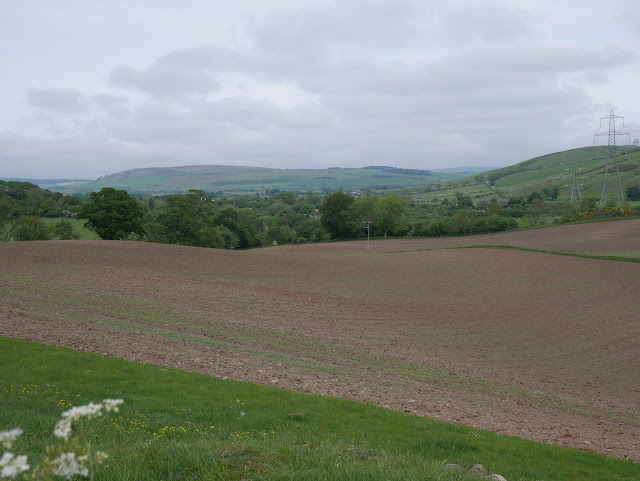 My plan was for a circular route. Down to North Middleton and on to Ilderton. 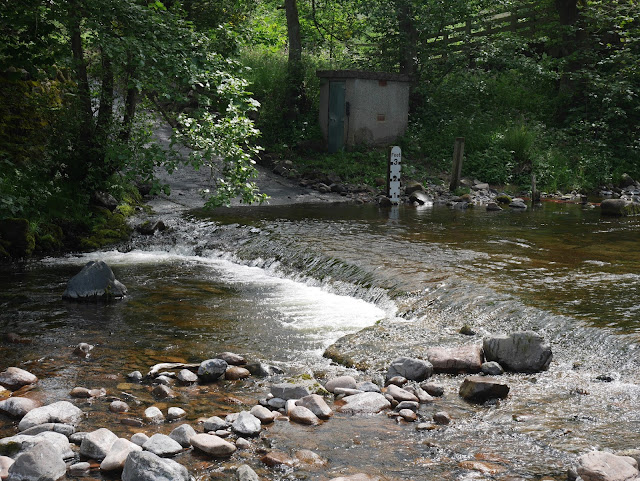 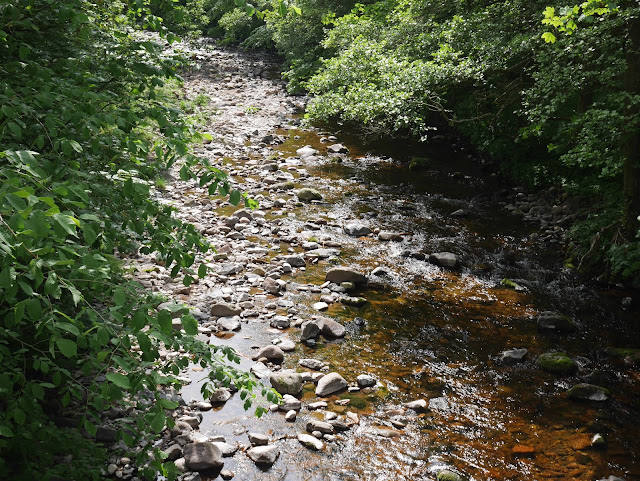 From Ilderton took the bridleway on and over to the Dod. Saw several hares on the way and met some boisterous cattle. There was forestry work in the area with a new track not marked on the map. 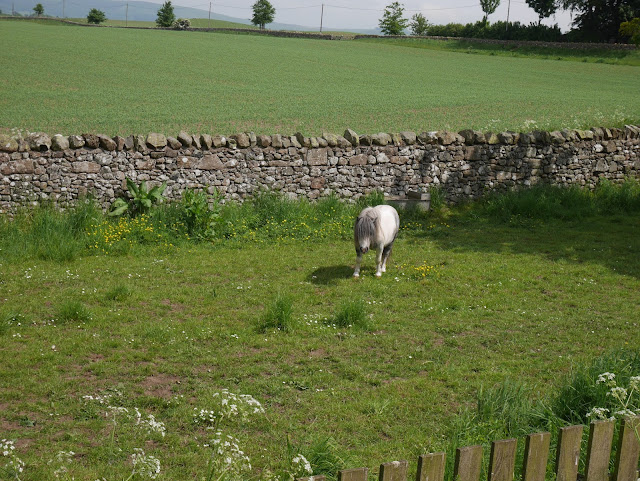 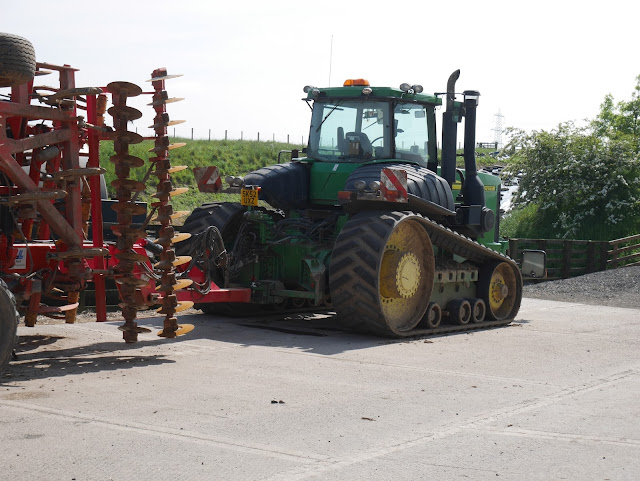 With water picked up my intention was to stop quite high up. 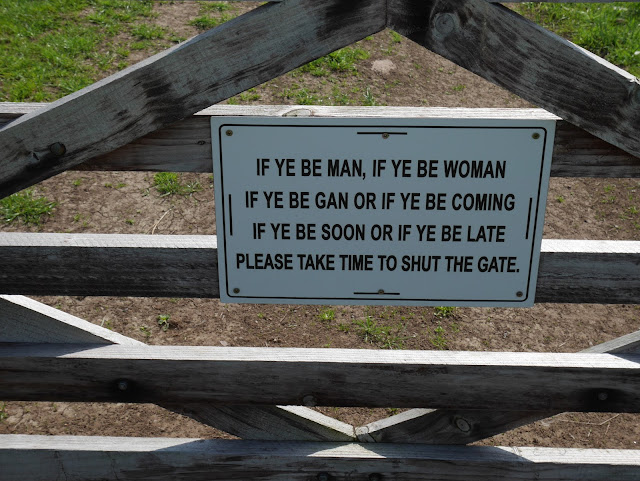 Managed to make my around by Steel Crag and on up to Middleton Crags and camped a little further on. 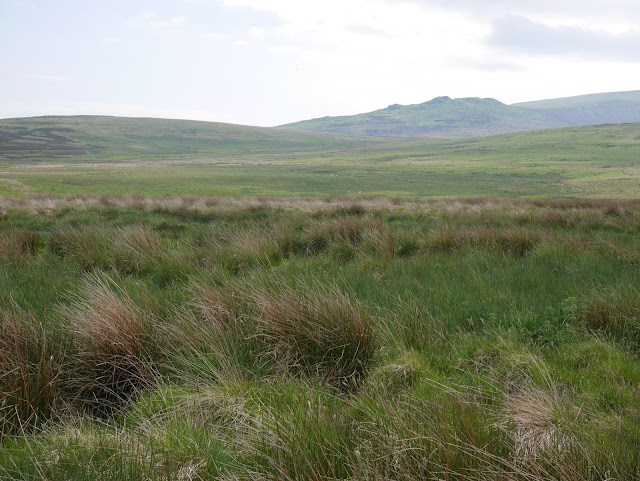 A pleasant evening but thick mist in the morning. 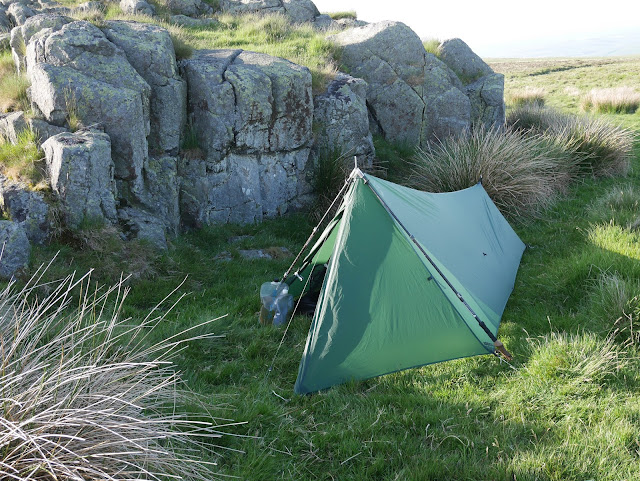 was awake very early morning but was disinclined to to pack up too quickly in the hope that the mist cleared. 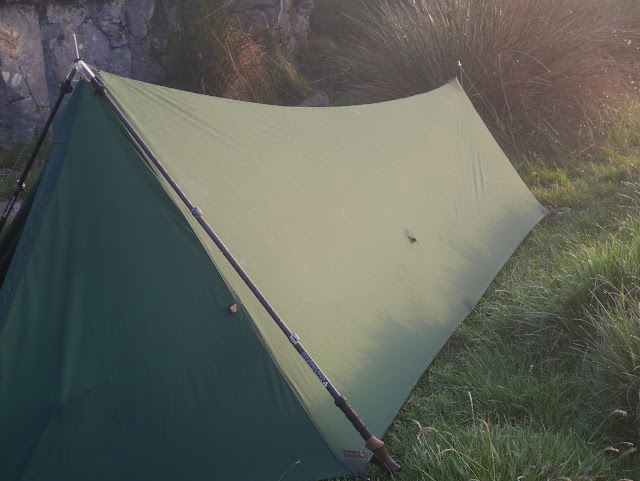 The sun did try to break through! 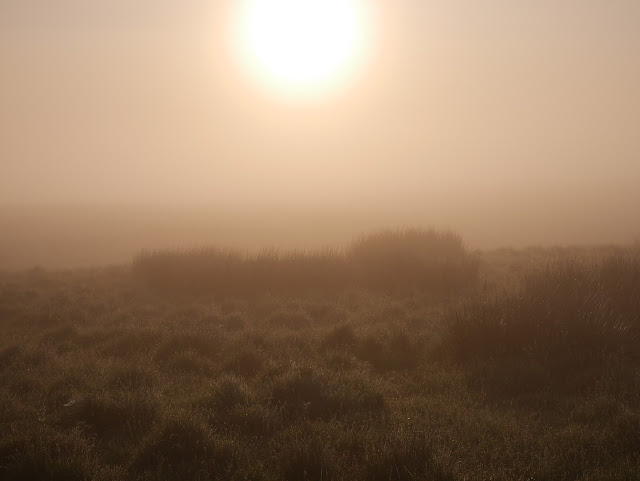 It cleared briefly and then drifted back over. 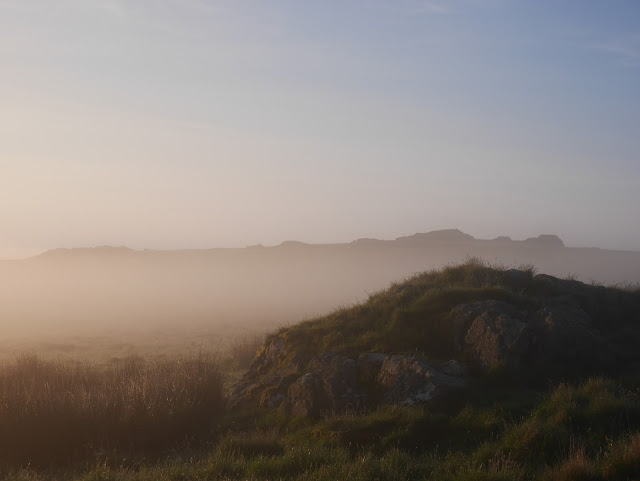 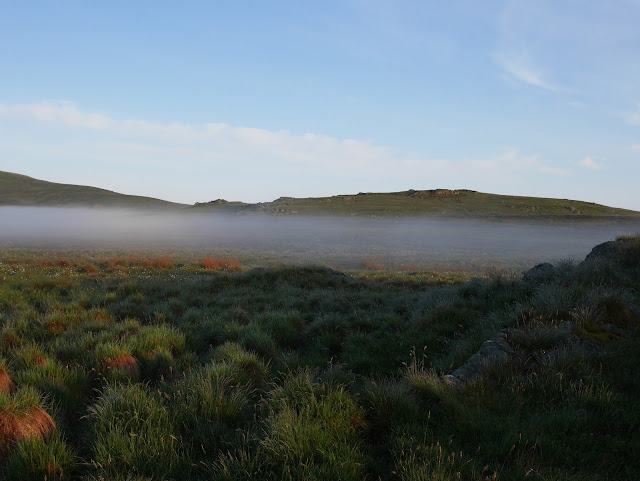 A pleasant walk down to Carey Burn bridge and then back to Wooler. 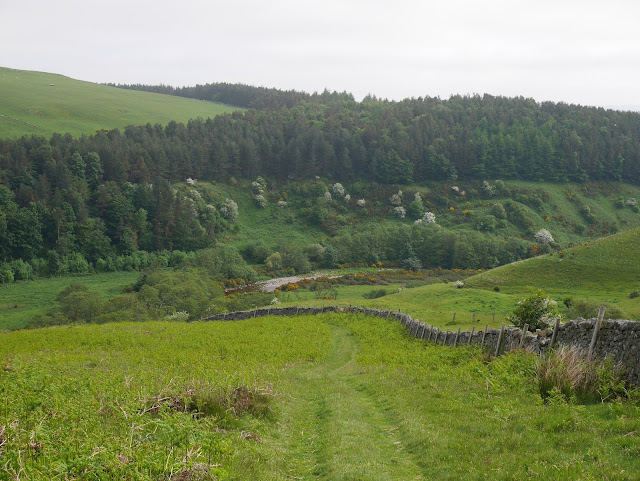 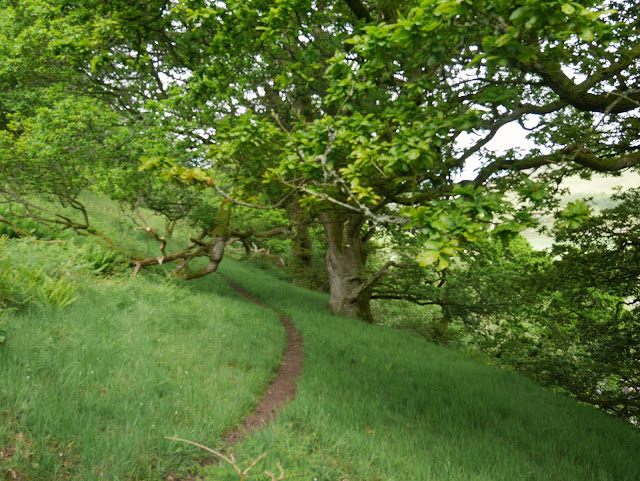 A pleasant circular walk of roughly fourteen miles, give or take a wee bit!
Posted by Dawn at Friday, June 10, 2016 9 comments: Links to this post