This was a lovely trip proposed by Mike and I had been looking forward to it. The proposed plan was to start out from Kirk Yetholm and do a round of the local hills over the course of four days.. It was to be a mixture of two short days and two longer ones
The car was parked in Town Yetholm late Sunday morning. Following the Pennine way out of Kirk Yetholm,, we turned off to head up Staerough Hill. 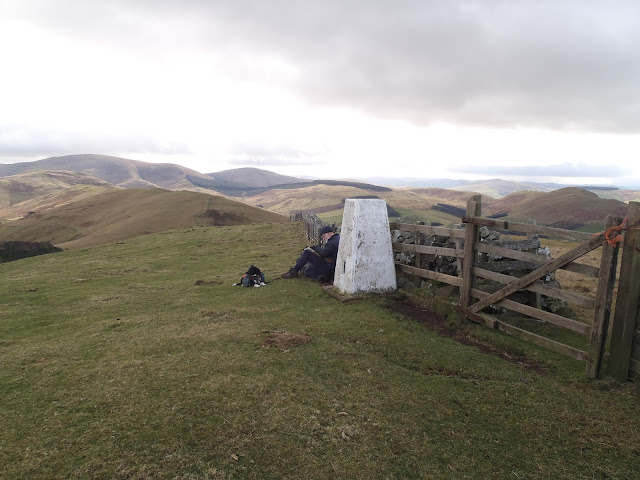 A steady plod up with the occasional stop to admire the views! 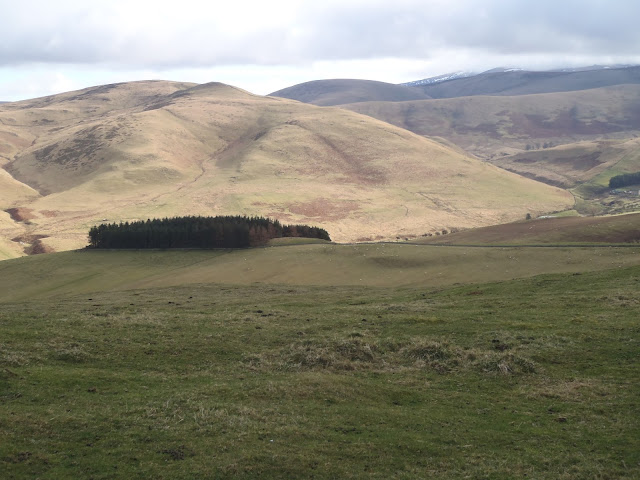 View towards the Cheviots. 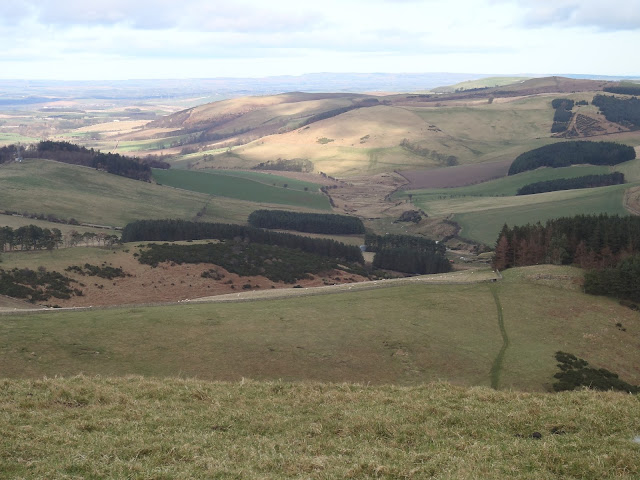 . It was windy up there but a lovely day. We stayed fairly high to take in a few more tops and then descended to the ruins of Old Halterburnhead to camp out of the worst of the wind. 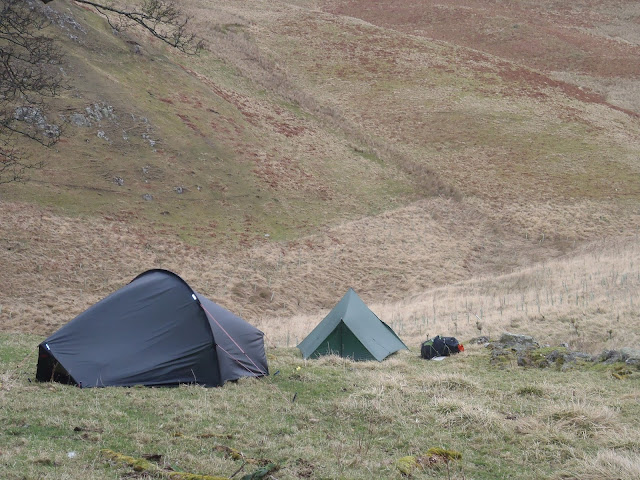 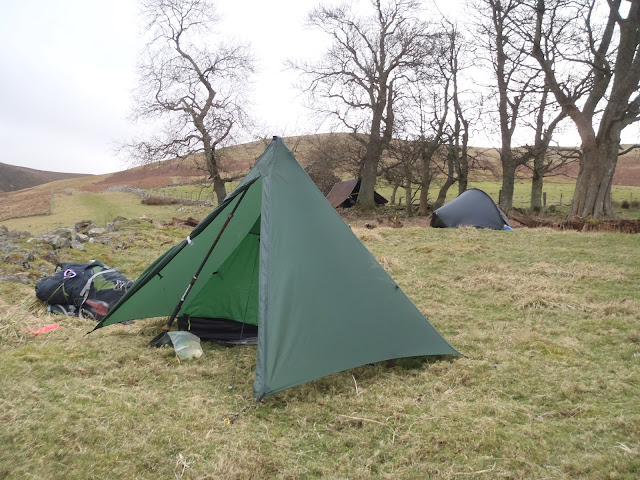 Monday morning, had a good breakfast, plenty of fluids. Was aware of a slight blurred vision and noticed I was slow in packing up. However, it was when we set off I realised I was in trouble. My body was just not responding properly. It was proving difficult to even keep moving. By the time we reached the saddle just before Birky Knowe it was obvious I could not continue. Leaving Mike to carry on  by himself, I headed down toward Currburn. Even downhill it was not easy going. My intention had been to camp somewhere on the way down. Unfortunately the place was full of cattle. At one point a large group of them where clustered around a gate I needed to go through. It is just as well I am ok with beasts, as I had to push my way through them. By the time I had got as far as Smiddy Brae, the need to stop was obvious.  Even the blocks of forestry offered nothing. They were full of pheasants and pheasant feeders. Eventually I ended up quite a way up the Elhope burn. It took four attempts and an hour or so before the tent was up. 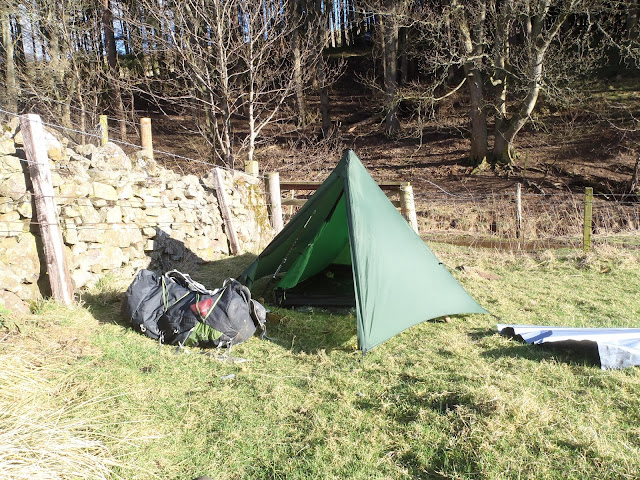 Ironically, on the Tuesday I was fine, no problems at all. It was a short day though. Went around by Yetholm Loch. Some quarrying going on up the hill a bit. Got followed by a huge dumper truck. Ended up back in Town Yetholm. and then headed up Yetholm Law  to camp in a high, windy position. Strong gusts of wind pummelling the tent made me uneasy. 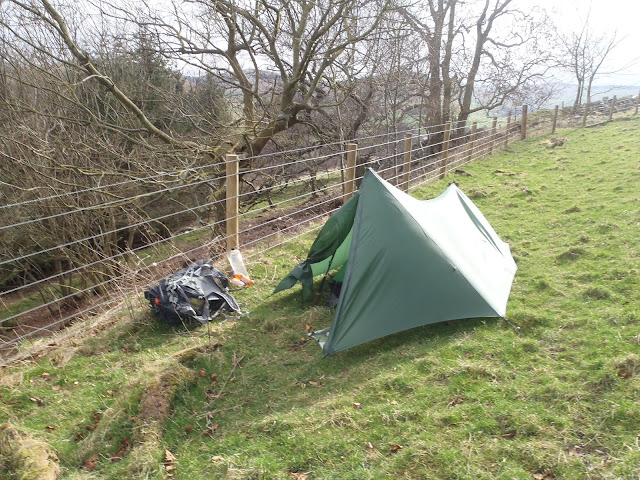 Wednesday saw me heading back down to link up again with Mike in Town Yetholm.
It is so frustrating when things like this happen, so demoralising, I hate it. Also, I feel a sense of guilt in letting Mike down.
The Parkinson's clinic has suggested surgery and my name has been put forward for it. That though is to gain control over the excess body movement I sometimes experience. 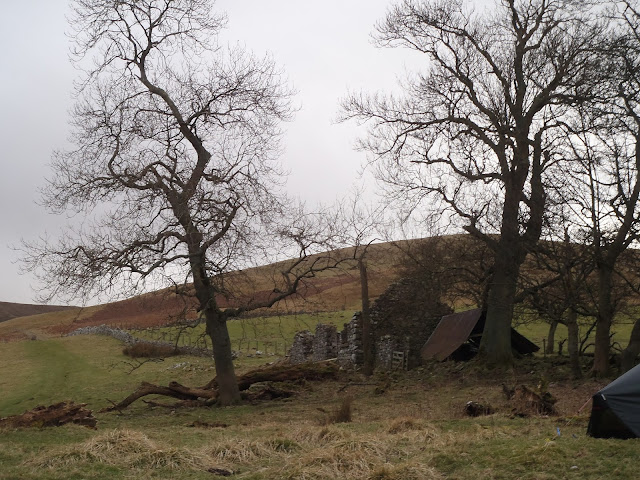 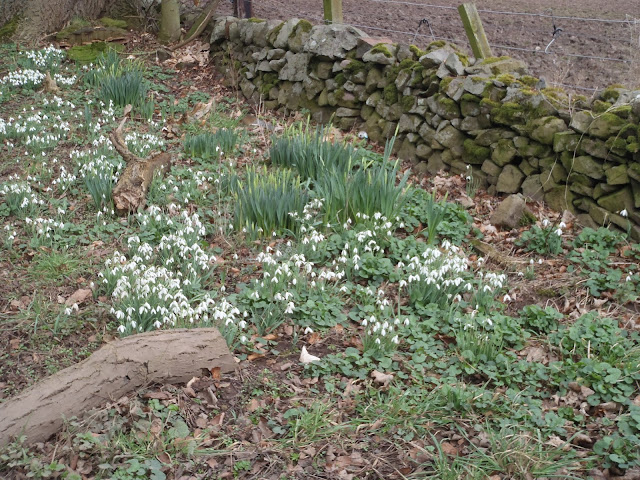 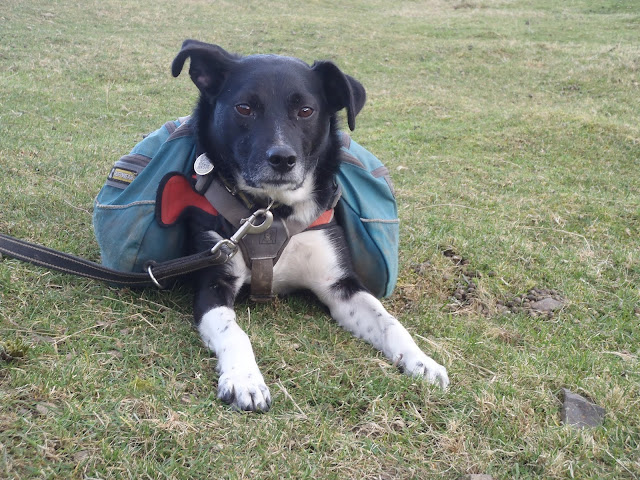