Once more to the beach!

Ross Back Sands is a regular haunt of Mike and myself in the warmer months. As sometimes we do, we began with a spot of walking. These were three tops that Mike had on his wee list.  Where they they were, I am unclear. You will have to check out Mike's blog (northernpies.blogspot.co.uk).Here too you will find his account of his heroic endeavour to bag one of the tops! 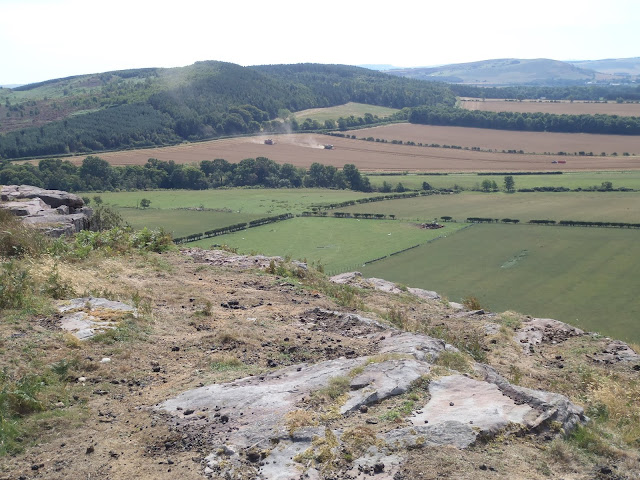 Rolling Northumberland countryside. In the distance combine harvesters work to bring in the harvest. 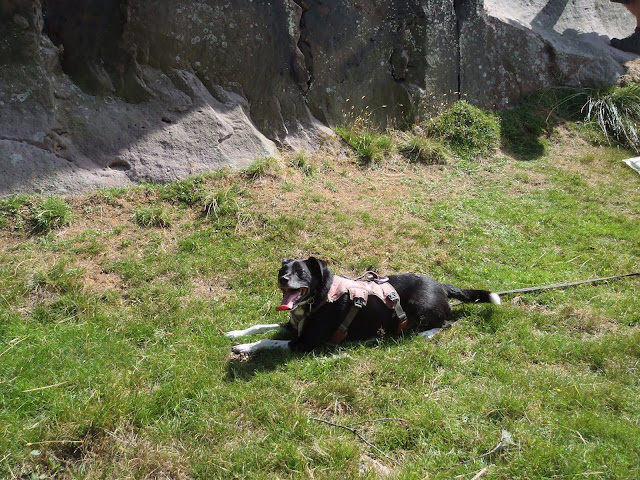 An exuberant dog, hot but happy. 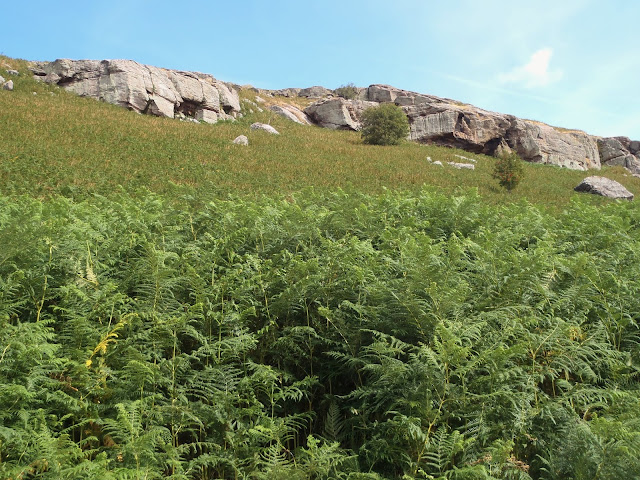 Thick bracken and rocky outcrops.
Later in the afternoon we headed east, negotiating across country to Ross Back Sands. Here we set up our 'beach shelter', drank tea, ate a humungous supper provided by Mike and were lulled to sleep by the haunting cries of seal song. They can sound so sad, no wonder those in the northern isles called them Selkies, shape shifters, seals that could shed there skin and become women, but always they had to return to there true habitat, the sea. Often luring there mortal husbands to their doom. Ancient mariners thought their cries were those of souls lost at sea. 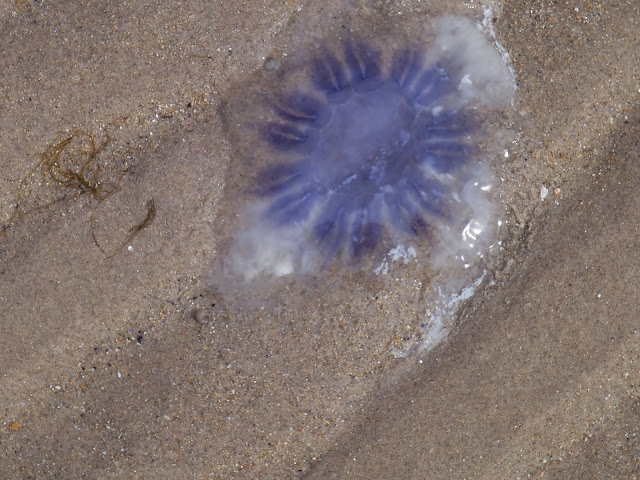 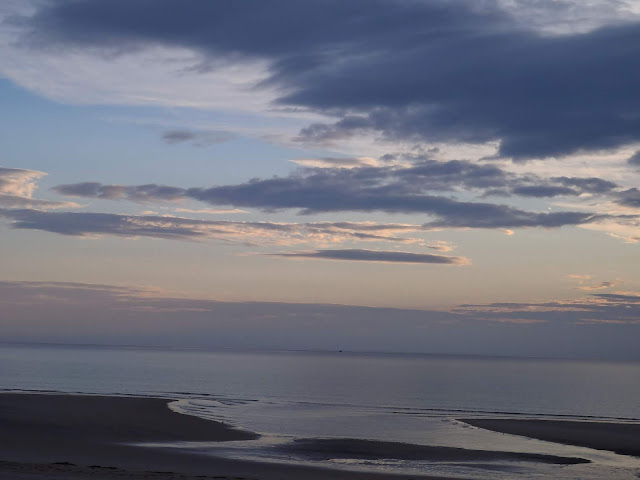 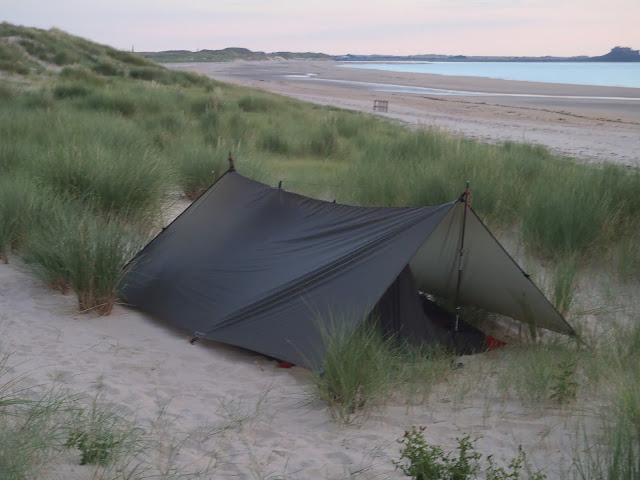 A new day on the beach. 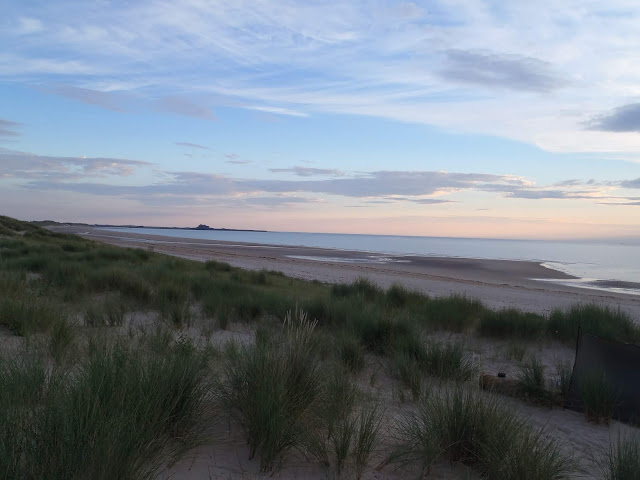 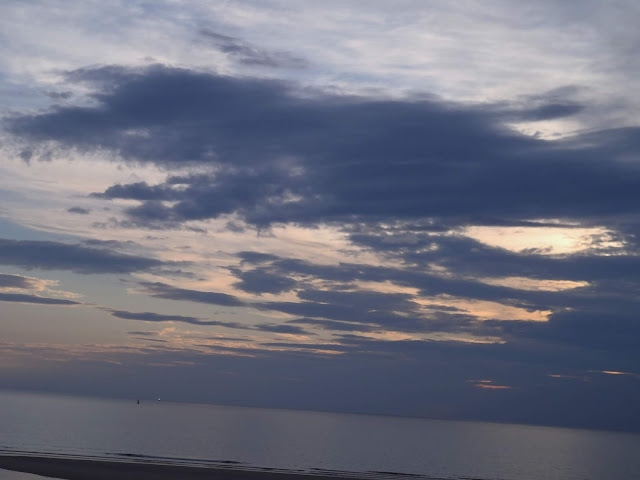 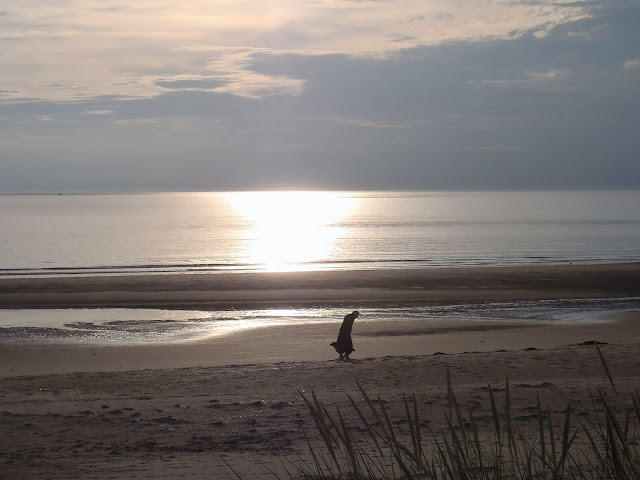 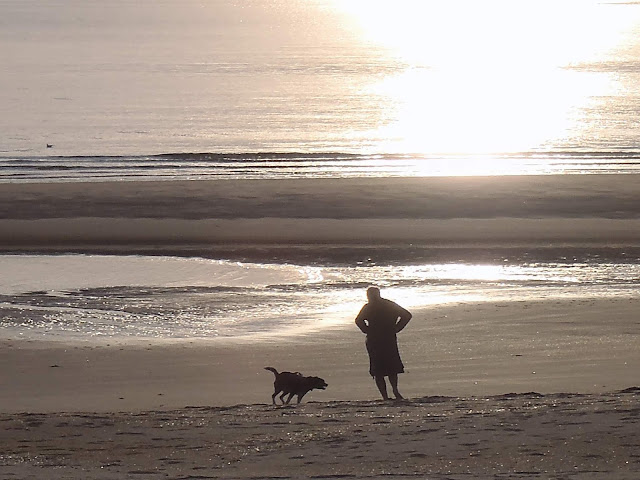 In the still of the early morning. 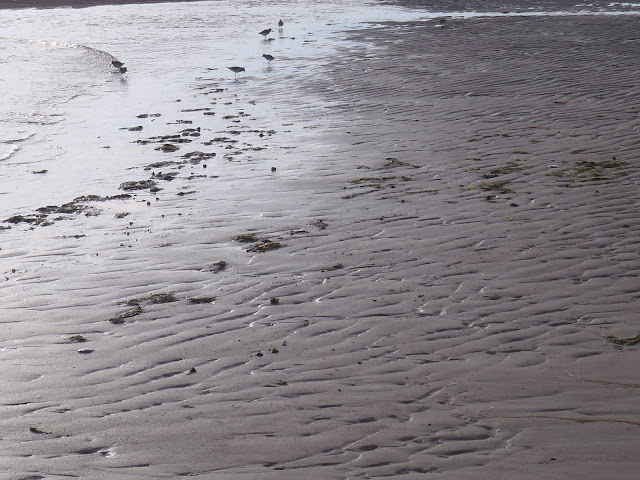 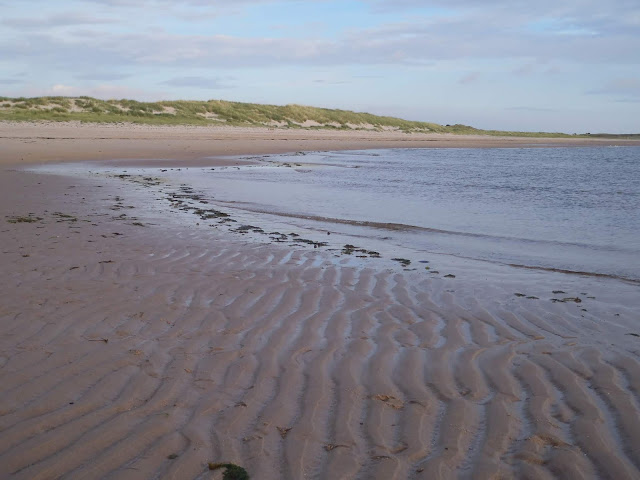 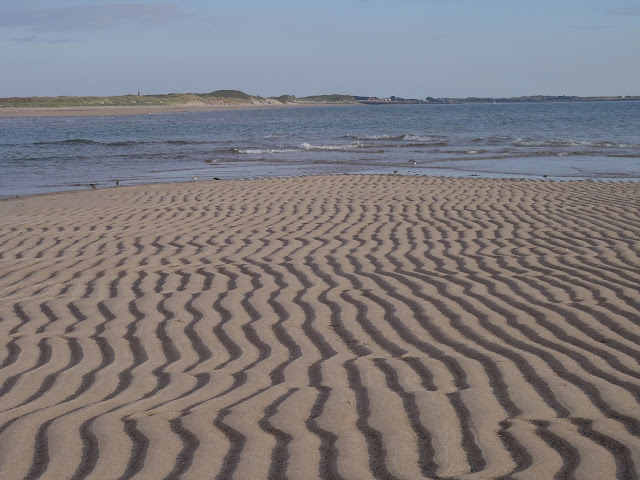 Gradually, slowly, the tide edges ever further up the shore. 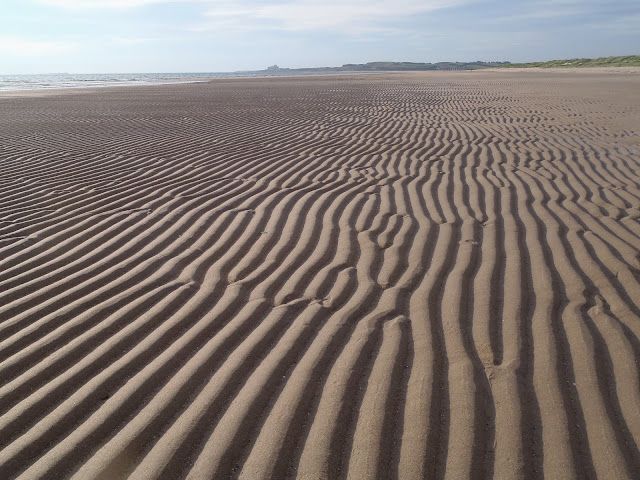 Sand ripples.
There was a light smattering of rain during the night and we had a brief shower during the morning. It did not dampen our enthusiasm. Mike and I had a delightful time swimming in a sea that was flat calm and  oh so clear. A rare experience for these northern shores
Posted by Dawn at Tuesday, August 07, 2018